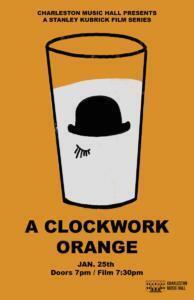 Stanley Kubrick (July 26, 1928 – March 7, 1999) is lauded as one of the greatest and most influential directors in cinematic history.

Click here for more information. A Dinner & Film option is available for an additional $32.
–