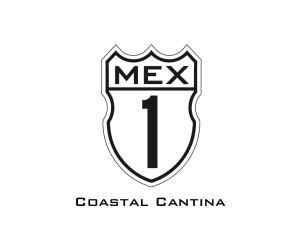 The Dakar Rally is the 2nd largest motor racing event in the world. Starting off in Lima, Peru, competitors will spend 14 days, racing over 5000 miles battling the elements of South America, finally crossing the finish line in Cordoba, Argentina. On January 6th, 2018, over 500 racers will begin competition at the historical 40th anniversary of the Dakar Rally for a chance to stand triumphantly on the winner’s podium. Angelo Vlcek, a Mount Pleasant resident and owner of Parrot Surf Shop, will be one of these competitors. After surviving his first Dakar Rally last year, Angelo has decided to return for a second year in a row to compete once again in this orienteering spectacular.

Join Angelo Vlcek at Mex 1 on Sullivan’s Island on December 6th to celebrate our Charleston brother as he embarks on this epic challenge. Angelo will have his 2018 rally bike on display, and will be presenting a slide slow of last year’s Dakar Rally, followed by live music and drink specials with Island Coastal Lager. The event starts at 6 pm, come show your love and support for this amazing human and enjoy a special evening with friends and family on Sullivan’s Island!

Born in 1975 in Pardubice, Czech Republic, Vlcek purchased his first motorcycle at age 15, an East German made, 50cc street legal Simson. He moved to the US at 20 years old, settling here in Charleston where he started building his bike collection. He rode everything, from custom
built choppers to sport touring bikes. Vlcek started exploring the trails in local backwoods and spending more time on small dirt tracks, eventually falling in love with off-road biking and in 2013, he competed in his first off-road rally. Inspired by his newfound love, Angelo traveled to South America in 2015 to watch and support his friend, Ondrej Klymciw, as he competed in his first Dakar Rally. After witnessing the historical race first-hand, Angelo couldn’t let go of the thought of competing in one himself. Upon returning to the states Vlcek spent all his free time training and pouring himself into his passion. In January of 2017, he completed his largest off-road motorcycle feat; completing the Dakar Rally.