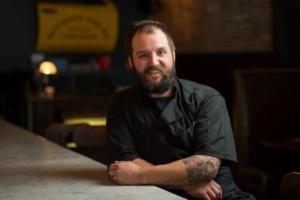 Rutledge Cab Company has announced the appointment of Matthew Ward as Executive Chef.

Most recently, Ward was the Chef de Cuisine at the acclaimed Culinary Vegetable Institute at The Chef’s Garden in Milan, Ohio. While there, he was able to hone his craft alongside some of the country’s most notable chefs.

Rutledge Cab Company is located in a former convenience store/gas station. Owners Brad Creger, Bill Murray, and Mike Veeck transformed the abandoned building into one of Charleston’s favorite places to eat, drink and hang out. It’s located at 1300 Rutledge Ave. in downtown Charleston.