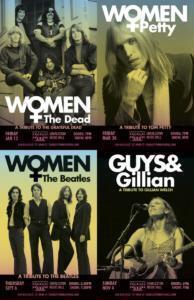 The Charleston Music Hall recently announced the lineup for their 2018 “Women &” concert series. The program is the brainchild of local musicians Lindsay Holler and Hazel Ketchum who thought it would be interesting to have women interpret the songs of Tom Waits back in 2015. The show was so popular, a series was created.

These shows will feature some of the Holy City’s best female and male vocalists and musicians. Each evening will consist of two different bands backing the singers with two sets. The line up of musicians for each show will be announced in the coming months.

Follow us
Related Topics:charleston music hallwomen and
Up Next