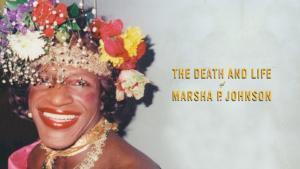 AFFA (Alliance For Full Acceptance) will screen The Death and Life of Marsha P. Johnson, the  new documentary from Academy-Award nominated documentary filmmaker David France, at the Terrace Theater on Wednesday, November 15th at 7 pm.

Public Square Films has selected 150 organizations around the country to host free screenings of the documentary in connection with Transgender Day of Remembrance, an annual observance to honor the memory of those whose lives were lost in acts of anti-transgender violence.

In an effort to recognize the work being done by present day transgender leaders and their allies around the country, Public Square Films identified organizations around the country that are working to promote the well being of – and secure rights for-  transgender people to host community screenings of the film. AFFA was among the groups selected.

AFFA is a social justice organization that “strives to achieve equality and acceptance for the Lowcountry area lesbian, gay, bisexual, transgender and queer (LGBTQ) community, through support, advocacy and education in schools, businesses and government organizations.” Established in 1998, AFFA has over 1600 donor/members and is headquartered in Charleston. For more information visit: affa-sc.org.

The Terrace Theater is located at 1956 Maybank Hwy. Click here for more information.

Follow us
Related Topics:Charleston's Alliance for Full Acceptanceterrace theater
Up Next