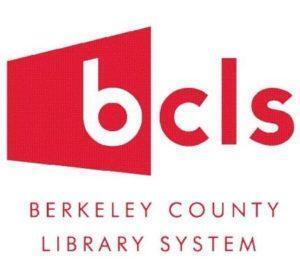 It’s fall 2017 – time for the Berkeley County Library Friends of the Library to host their annual meeting. During this celebration of the past year, members will elect new officers, and guests will be treated to light refreshments and a talk with from guest speaker Nicole Seitz. Join the Friends of the Library on Thursday, October 26th, at 7 pm at the Moncks Corner Library for an enjoyable evening.

A wonderful highlight of the annual meeting is a special visit by author Nicole Seitz. Seitz grew up on Hilton Head Island, a small town off the coast of South Carolina, where she was surrounded by palmetto trees, marsh grass, sandy beaches and unique Southern characters. As an author, artist and speaker, Nicole’s work is deeply influenced by her faith and the mystique and charm of the South. She lives in the Charleston, South Carolina, area with her husband, Brian, and their two children.

She was named “Best Local Author Who Also Paints” in Charleston City Paper’s Best of Charleston 2009, and in 2007, she was named one of Charleston Regional Business Journal’s “Forty Under 40” for her professional successes and community involvement.

Nicole enjoys meeting her readers and book clubs and often speaks to groups on writing, art and faith. In 2009, she spoke as part of the Southern Literary Festival during Piccolo Spoleto. In 2008, she gave the Baccalaureate address for the College of Charleston. An artist at heart, Nicole enjoys painting pictures with words and bringing her characters to life through detail and dialect.

On August 15, 2017, the University of South Carolina Press published The Cage-maker: A Novel by Nicole Seitz as part of its South Carolina-based original-fiction imprint Story River Books, created with the support of the late founding editor Pat Conroy. A foreword is provided by Casandra King Conroy, wife of the late Pat Conroy and best-selling author of five novels including her most recent, Moonrise. This Southern novel, set in New Orleans, is a suspenseful story revolving around the family history of Trish, a twenty-first century blogger.

Other novels by Seitz include Beyond Molasses Creek, The Inheritance of Beauty, A Hundred Years of
Happiness, Saving Cicadas, Trouble the Water, and The Spirit of Sweetgrass.

Follow us
Related Topics:Berkeley County Library Friends of the Library
Up Next