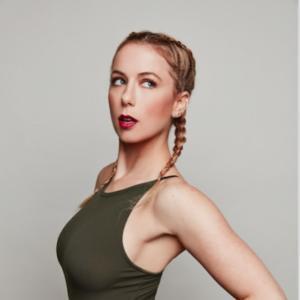 The Charleston Comedy Festival has announced Iliza Shlesinger is the latest addition to the event’s 2018 lineup. She joins Colin Quinn as one of the festival headliners and will perform on Thursday, January 18th at the Sottile Theatre. Tickets go on sale Wednesday, October 18th at 10 am.


Since winning Last Comic Standing in 2008, Shlesinger has gone on to become of the country’s most popular comedians. Her debut one-hour comedy special, War Paint, reached #1 on the iTunes charts and was named one of its Top 10 Albums of 2013. Other career highlights include:

Tickets to Shlesinger’s Charleston show can be purchased here.

The 2018 Charleston Comedy Festival takes place from January 17th to 20th. The rest of the lineup will be announced at a later date. For more information, visit the official website.
–

Follow us
Related Topics:charleston comedy festivalIliza Shlesingersottile theater
Up Next