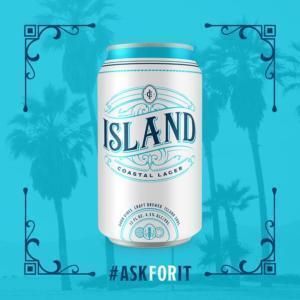 Anchored by the forthcoming Island Taproom on Shem Creek, ICL says they offer an easy drinking beer brewed with the “freshest, high quality ingredients and a craft recipe.” ICL combines Vienna malt and Perle hops for a lower ABV (4.5%) brew

“Following a trip to Cuba in early 2016, where we had a chance to try some of the local brews, we realized that there was a missing component in the spectrum of beers available in the U.S. market,” Perry said via a press release.

Hansen added, “There was no easy drinking, craft beer. We wanted to fill that gap so we developed a beer that we want to drink and a brand that fits our lifestyle, and we believe the lifestyle of many who live along the coast and enjoy all it has to offer.”

ICL will be sold in 6-packs, 12-packs, and 24-packs of 12 oz. cans at grocery stores and other beer retail locations.