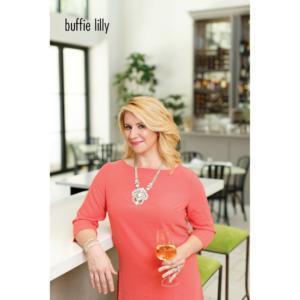 Ticonderoga Ventures, Inc. announces that Buffie Bell Lilly, CEO of Charleston Wine Pairings, will present at the 50th International iDate Dating Industry Conference on October 3-4, 2017 in London. She will be part of a panel that highlights how to use coaching and events to boost your profitability and enhance your client’s unique journey. Registration for the event can be made at http://www.idate2017.com/register-london-2017.php

The 2017 iDate Conference held this October is the largest convention for the European dating business, with founders and CEOs of the largest regional mobile and online dating companies in attendance.

“I am honored to be a part of the 2017 iDate Conference. The dating scene is constantly in motion and changing, which is why it’s important for us to come together to learn from each other and gather new event ideas.” said Lilly.

Charleston Wine Pairings is Charleston’s most elite matchmakers, introducing successful singles through group wine tastings in upscale venues. CEO Buffie Bell Lily graduated from Clemson University in 2000 with a degree in Sociology. She was a member of the sorority Zeta Tau Alpha during her time at Clemson. Upon her graduation from Clemson, she decided to further her education by attending the Medical University of South Carolina. She graduated from MUSC in 2004 with a Masters in Rehabilitation Science. After living in Baltimore, Nashville, and Chicago she finally settled in Mount Pleasant, South Carolina. She married her husband Jay in 2011 and has two children. Upon witnessing the wedding of the 7th couple she had introduced, Buffie officially started Wine Pairings in January of 2011. The company has now won the Mt. Pleasant Magazine award for 3 years as ‘The Best Place to Meet Singles in Person.’ Visit CharlestonWinePairings.com

ABOUT THE DATING INDUSTRY CONFERENCE

iDate is the largest trade show and and summit covering all aspects of the business of dating. Since 2004, iDate has produced over 49 conferences worldwide, providing dating business professionals education, ideas, insight and networking to identify new opportunities, gain higher levels of traffic and revenue.

Follow us
Related Topics:Buffie Bell LillyCharleston Wine Pairings
Up Next