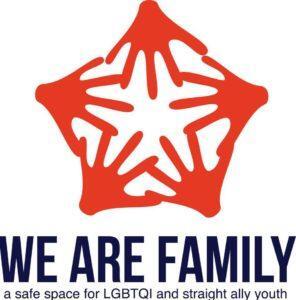 The Campaign for Southern Equality is providing a grant of $3,000 to We Are Family to support the Charleston YOUth Count. This will be the first ever assessment of youth housing instability and food insecurity in Charleston.

“We Are Family has experienced a high volume of calls this year from LGBTQ youth who have been kicked out of their homes by parents who do not accept them for who they are,” says Melissa Moore, Executive Director of We Are Family. “Charleston YOUth Count is a critical step in understanding – and informing responses to – youth in our community.”

It is estimated that thousands of young people under the age of 25 in Charleston lack access to adequate housing and nutrition, but accurate city-wide data does not exist. A new survey conducted at the College of Charleston found that 30% (3,375) of the student population at the university live without adequate housing or nutrition.

Young people without housing tend to couch surf, double up in hotel rooms, or trade sex for shelter; they are also less likely to access services like emergency shelters. As a result, they are often overlooked in traditional counts of homelessness.

South Carolina is home to an estimated 107,000 LGBTQ adults who live at an elevated risk of being low-income, unemployed, and without health insurance, according to recent research from The Williams Institute. However, there is very little available data about LGBTQ youth in South Carolina, and YOUth Count represents a groundbreaking effort to begin documenting the experience of homeless youth – including LGBTQ youth – in the state.

The study is expected to be completed in January 2018 and will inform the development of resources and services specifically designed for youth in Charleston. “There is a small window of time to intervene when a young person is on the street before they become vulnerable to trauma. Within 24 hours, a young person will likely be offered drugs. Within 48-72 hours, a young person will likely be asked (or forced) to trade sex for survival. Gender and sexual minority status exacerbates these risks. Though an estimated 7 percent of young people identify as LGBTQ, they represent 40 percent of youth experiencing homelessness,” says Moore.

“We’re honored to support the critical work that We Are Family is doing. Youth experiencing homelessness need immediate support, but they also need to know they are loved and not alone. We Are Family is doing heroic work to make sure this happens in Charleston,” says Rev. Jasmine Beach-Ferrara, Executive Director of the Campaign for Southern Equality.

Based in Asheville, CSE advocates for full legal and lived LGBTQ equality across the South. Launched in 2011, CSE was behind the lawsuit that brought marriage equality to North Carolina and has served thousands with free legal clinics. Through its Southern Equality Fund, CSE provides direct funding to grassroots leaders and direct service providers, like WNCCHS, doing innovative work to promote LGBTQ equality.

We Are Family (WAF) is one of the oldest lesbian, gay, bisexual, transgender, and queer (LGBTQ) nonprofit organizations in South Carolina, and one of few resources in the state dedicated to providing direct services and support for youth. We envision a South Carolina where every LGBTQ young person has what they need to not just survive, but to thrive.

Follow us
Related Topics:Campaign for Southern Equalitywe are family
Up Next