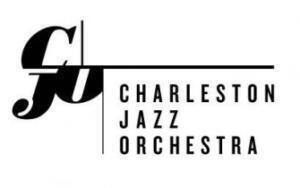 The season begins February 24, 2018 with Singin’ Ella featuring Carmen Bradford. In 2017 the world celebrated the centennial of Ella Fitzgerald, the First Lady of Song. Her fame began as featured vocalist with the Chick Webb Orchestra and their recording of A-Tisket, A-Tasket. In 1942 she started her solo career and went on to record some of the most beloved jazz albums that highlighted her scat singing. Carmen Bradford has performed on 4 Grammy Award winning albums, 16 recordings and has entertained audiences at sold out concerts around the world. She is considered to be one of the greatest jazz vocalists alive today.

On March 24, 2018 the CJO will showcase one of the most celebrated saxophonists of all time via a concert entitled Jazz Samba: A Tribute to Stan Getz. Coming into prominence in the late 1940s with Woody Herman’s Big Band. Stan Getz excelled at be-bop, cool jazz, and early fusion and his influence has been seen and heard throughout the jazz community. Getz is best known for popularizing the worldwide hit single The Girl from Ipanema performed with Astrud Gilberto.

The CJO saxophone section, led by Robert Lewis, features some of the most sought after musicians in the area. Masters of numerous jazz genres in their own right, they each will pay a special tribute to one of the most influential saxophonists in the world.

The Charleston Jazz Orchestra’s third concert on April 28, 2018 will highlight one of the most popular bands of all time in All You Need is Love: CJO Plays the Beatles. When the Beatles burst onto the scene in 1963, they took the world by storm. Their music catalog includes some of the best-loved music of all time. Joining them on stage to perform these Beatles classics will be guest vocalist Quiana Parler.

The Fall season will be launched on September 15 with Blessings: An Evening with René Marie.  A two-time Grammy Award nominee, René Marie has cemented her reputation as a singer, composer, arranger, theatrical performer, and teacher in the span of 2 decades, 11 recordings, and countless stage productions. Guided by powerful life lessons and rooted in jazz traditions, she borrows various elements of folk, R&B, and even classical and country to create a captivating hybrid style. Joining the CJO will be members of René Marie’s rhythm section, including bassist Elias Bailey and local drumming phenom Quentin Baxter.

The October 13 concert will celebrate one of the most important musicians of our time in a concert entitled The Great Wide World of Quincy Jones.  Known to many simply as ‘Q’, this 28-time Grammy Award winner, including the Grammy Legend Award, has been a major force in almost every style of music and entertainment.  Ray Charles, Frank Sinatra, Patti Austin, Sarah Vaughn, and Michael Jackson are just some of the recording artists mega-producer and arranger Quincy Jones has created music with in his illustrious 60+ year career.

To close out the CJO’s 2018 season, Holiday Swing: A Charleston Jazz Tradition will take place on December 1st. Charlton Singleton, Quiana Parler, and the CJO will swing the audience into the holiday spirit with popular hits from Season 10 plus big band arrangements of holiday favorites.

Season subscriptions, trio passes, and individual tickets are now on sale to the general public at www.charlestonjazz.com. Prices range from $10 to $60 per ticket.