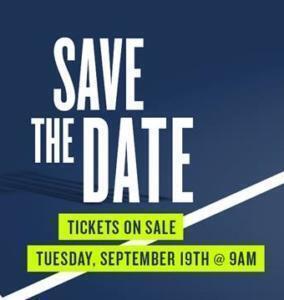 Patrons have the option to choose from individual tickets, ticket packages, and travel packages. Ticket prices range from $25 for an individual session to $525 for an all-inclusive week-long package. The Volvo Car Open will provide six special ticket packages in 2018, each offering more tennis at a greater value and Ace Club membership. Ticket packages also include premium seats in the terrace section of the stadium.

The tournament is bringing back its popular Ace Club from 2017, an exciting membership program for box and ticket package holders. The Ace Club is a recognition program providing unparalleled amenities and benefits during the tournament.  In addition, members have the option to receive access into the Ace Lounge, an exclusive hospitality location providing first-class accommodations including live entertainment, air-conditioning, elevated food options and more.

The PowerShares Series, a competitive tennis circuit featuring legendary male tennis icons and world-renowned champions, will also return to Charleston in 2018.  The event occurs the night of April 7th and will include four champions playing two semifinal matches, with the winners meeting in the final.  The format is entertaining for fans with players calling their own lines and interacting with the crowd. Currently, the field consists of Andy Roddick, former World No. 1 and US Open champion, and Mark Philippoussis, former World No. 8 and two-time Davis Cup champion. Two additional players making their first appearance in Charleston will be announced at a later date.

The nine-day Volvo Car Open is the largest women’s-only tennis tournament in North America, attracting an average of 90,000 attendees and 100+ of the top tennis players.

Two tennis players have already committed to play in the 2018 event – Petra Kvitová and Madison Keys.

Kvitová will make her Charleston tennis debut at the 2018 Volvo Car Open. The two-time Wimbledon champion returned to the WTA circuit in May 2017 after a complex hand injury following a home invasion in December 2016. Her resilience helped her capture her 20th WTA title in June of 2017 in Birmingham, just following her comeback.

The 2018 Volvo Car Open will be Keys sixth consecutive year in the field. She was a finalist in the 2015 tournament. After undergoing two wrist surgeries, Keys returned to tennis in March 2017 and hoisted her third WTA trophy in August in Stanford. There, she defeated current Wimbledon Champion Garbiñe Muguruza on the way to the finals. She also recently reached the finals of the 2017 US Open.

Follow us
Related Topics:volvo car openvolvo car stadium
Up Next