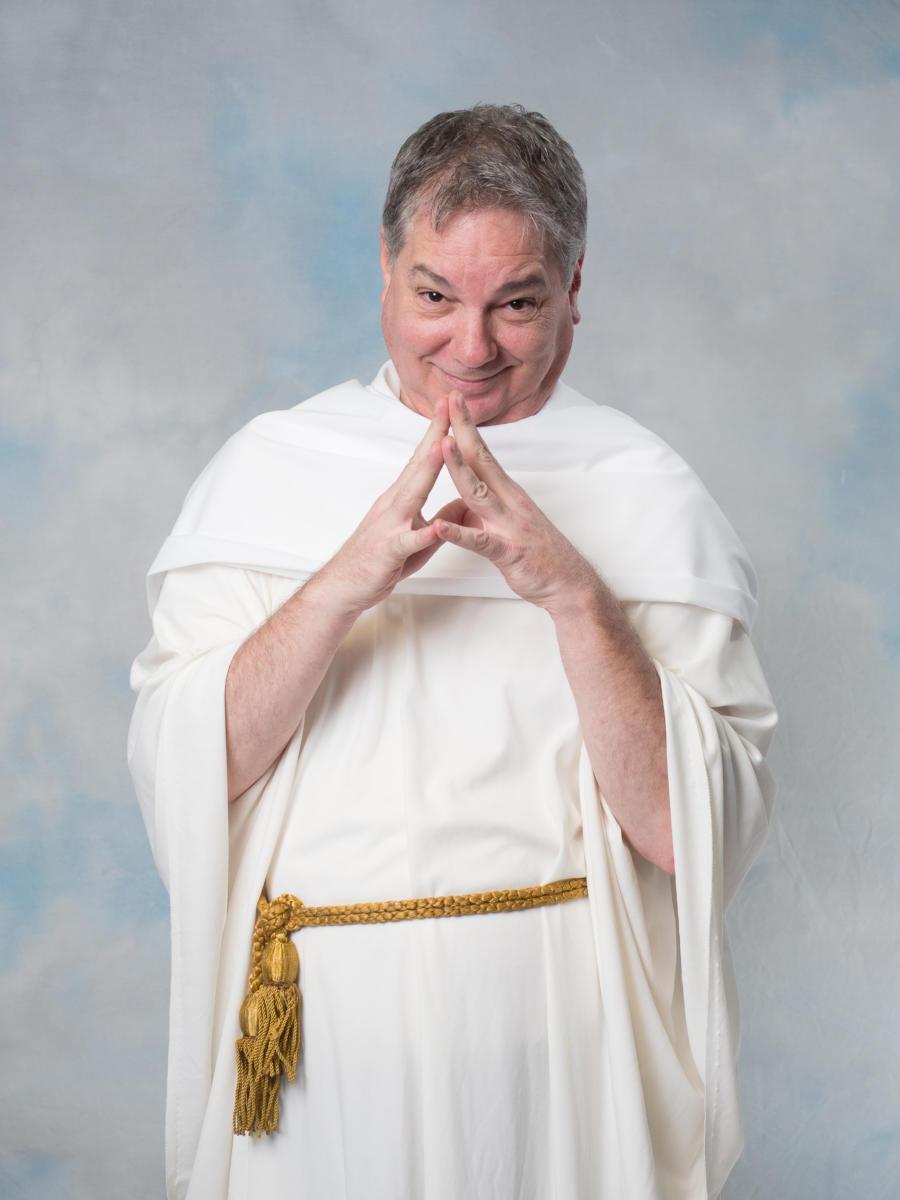 The Footlight Players is bringing the clever, one-act comedy, “An Act of God,” to the historic theatre from Sept. 15 to Oct. 1. Based on a satirical book and Twitter account, “An Act of God” is a 90-minute conversation in which God (assisted by his devoted angels) will reveal the mysteries of the Bible and answer some of the greatest existential questions that have plagued mankind since creation.

Director Don Brandenburg calls the play a “sinfully funny satirical glimpse into the existence of the Heavenly Father as he delivers a new and improved set of commandments to the world.”

With the look of a celestial talk show, God sits and presides over his flock, talking directly to the audience aided by his favorite archangels, straight-laced Gabriel and an inquisitive newcomer, Michael. God speaks through the body of Charleston award-winning actor Robin Burke, whom God indicates does not know he is present.

God riffs on man’s ridiculous and harmful behavior, specifically the way his words have been misinterpreted over the ages, causing no end to pain and conflict.

“This play by David Javerbaum is stimulating and funny,” Brandenburg said. “When I first sat down and read the script, I think I laughed at every other line. Javerbaum is a comic genius with an expert grasp on theology.”

Javerbaum is an Emmy-winning writer known for his work on “The Daily Show,” “The Late Late Show with James Corden” and “The Colbert Report.” His Twitter account @TheTweetOfGod was the inspiration for a book and ultimately the play “An Act of God,” which opened on Broadway starring Jim Parsons and again for a limited run starring Sean Hayes.

A play rooted in religion is bound to generate a bit of controversy, but Brandenburg urges audiences to see it as a pure theatrical comedy.

“We ask for your indulgence. There are no agendas being pushed,” he said. “There is no malice in our hearts. The story is not intended to offend. We merely hope those attending will appreciate and enjoy its satirical nature and laugh at the absurdity, as is intended.”