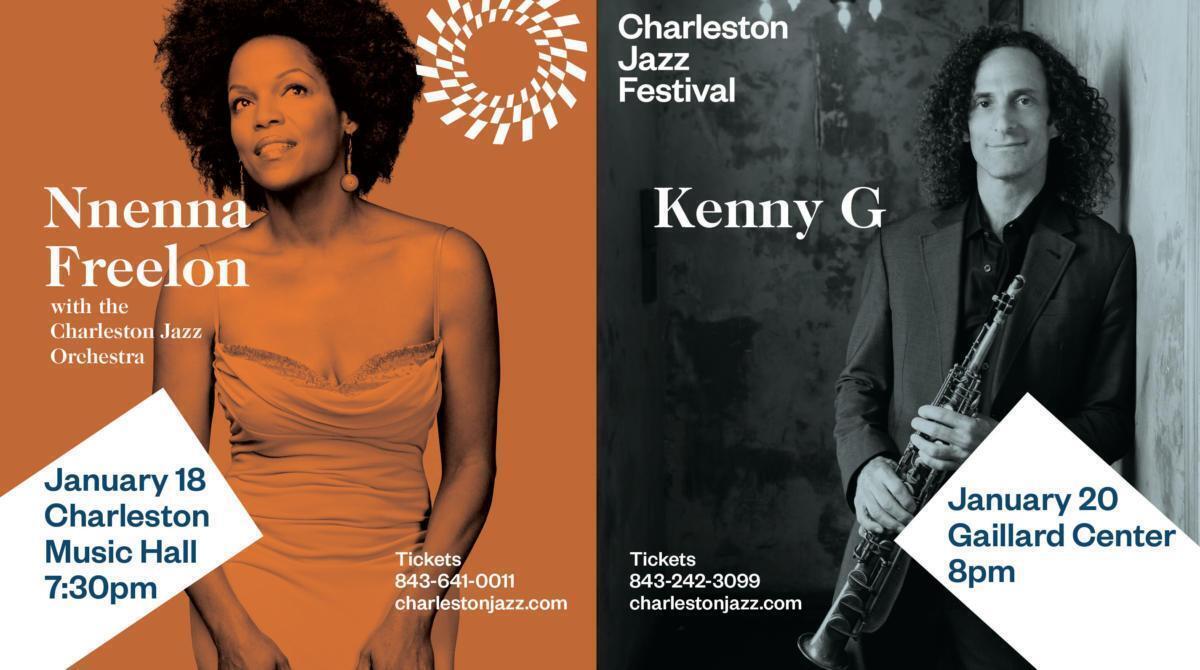 Grammy Award winners Nnenna Freelon and Kenny G will be the headline performers for the 4th Annual Charleston Jazz Festival, which takes place over four days in January. Fans will be able to see over 100 local, regional, and nationally recognized jazz musicians at numerous venues from January, 18th to 21st, 2018.

Six-time Grammy Award nominee Nnenna Freelon has earned a well-deserved reputation as a compelling and captivating live performer. In 2014, Nnenna starred in the critically acclaimed show “Georgia on My Mind: Celebrating the Music of Ray Charles” at the Venetian Hotel in Las Vegas. Nnenna is no stranger to the music of Ray Charles as she toured with him, as well as many other great jazz artists including Ellis Marsalis, Al Jarreau, George Benson, and others. She has performed at Carnegie Hall, the Hollywood Bowl, Ellington Jazz Festival, the Apollo Theater, the John F. Kennedy Center for the Performing Arts, and more.

Freelon will perform on Thursday, January 18th at the Charleston Music Hall with Charlton Singleton and the Charleston Jazz Orchestra. The show, “New Standard Time: The Great American Songbook,” starts at 7:30 pm. Tickets can be purchased via CharlestonJazz.com.

Saxophonist Kenny G’s recording career has spanned almost three decades and 23 albums. He is one of the most popular contemporary jazz musicians in the world and has sales of more than 75 million records worldwide. Kenny G has collaborated with some of the biggest names in the business during his legendary career, ranging from Michael Bolton to Weezer to Whitney Houston to Katy Perry.
He will perform at the Gaillard Center on Saturday, January 20th at 8 pm. Tickets can be purchased via CharlestonJazz.com.
For more informaton on the Charleston Jazz Festival, visit CharlestonJazz.com.