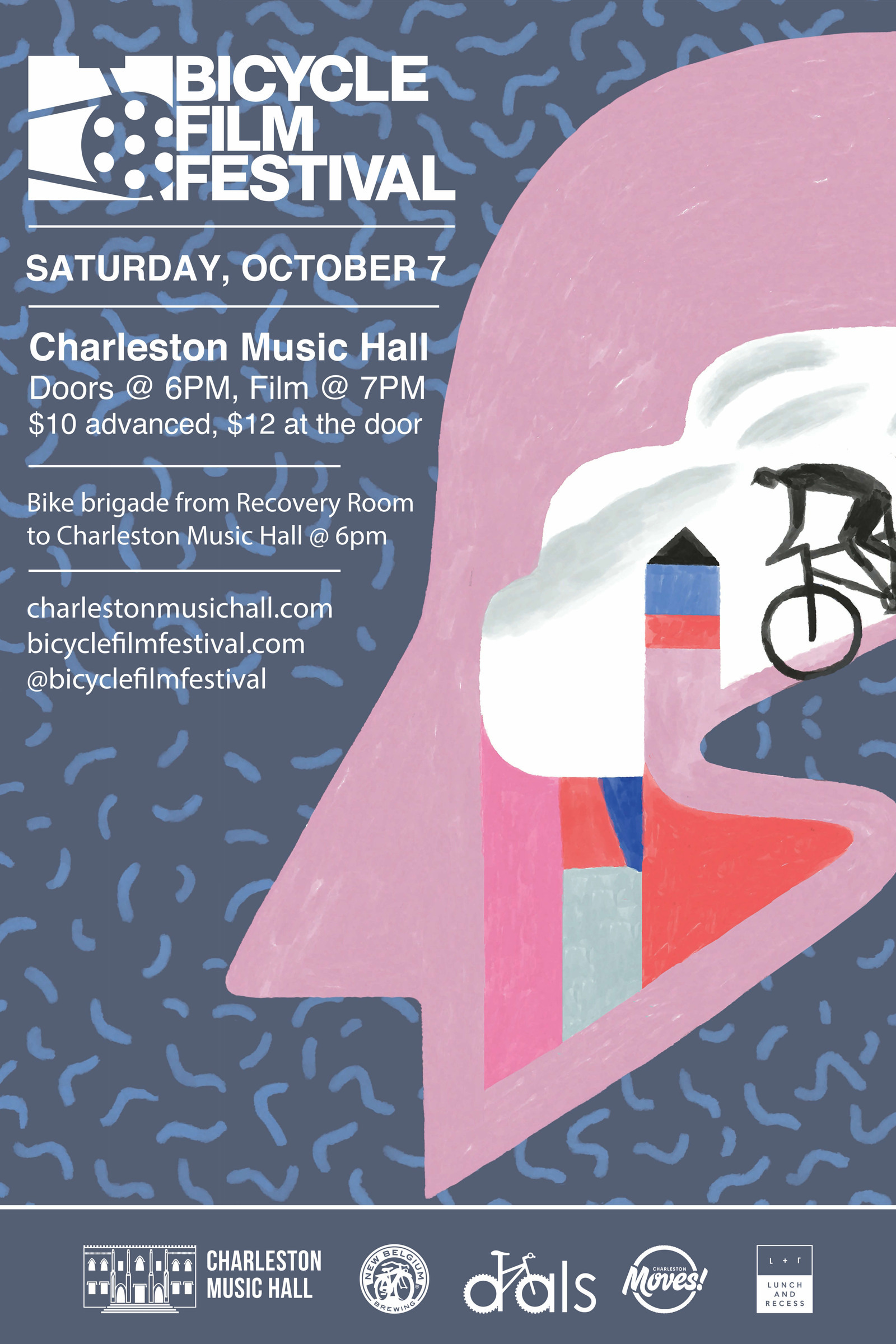 The Charleston Music Hall is hosting and teaming up with Charleston Moves, Lunch and Recess, D’Allesandro’s Pizza, and New Belgium to present the Bicycle Film Festival on Saturday, October 7th at 7pm.

The event includes a screening of Backpedal, a film created by Charleston’s Ryan Cockrell that explores the difficulties and dangers of mobility in the Holy City. You can see a trailer for the film below.


Proceeds from ticket sales will benefit Charleston Moves, a nonprofit organization advocating for enhanced conditions for walking and riding a bike in Charleston County.

Attendees are invited to a group bike ride at The Recovery Room on King Street at 6 pm. Basic bicycle decorations will be on hand, but feel free to jazz up your ride on your own. Prizes will be given out for best-decorated bike.

In addtion, New Belgium will raffle off a bicycle with proceeds benefiting Charleston Moves.

The films start at 7 pm and will run for approximately 2.5 hours. You can see the full lineup of films online: CharlestonMusicHall.com/event/1550709-bicycle-film-festival-charleston/

The lineup was built by the The New York Bicycle Film Fest.


Backpedal Official Trailer 2 from Lunch and Recess on Vimeo.