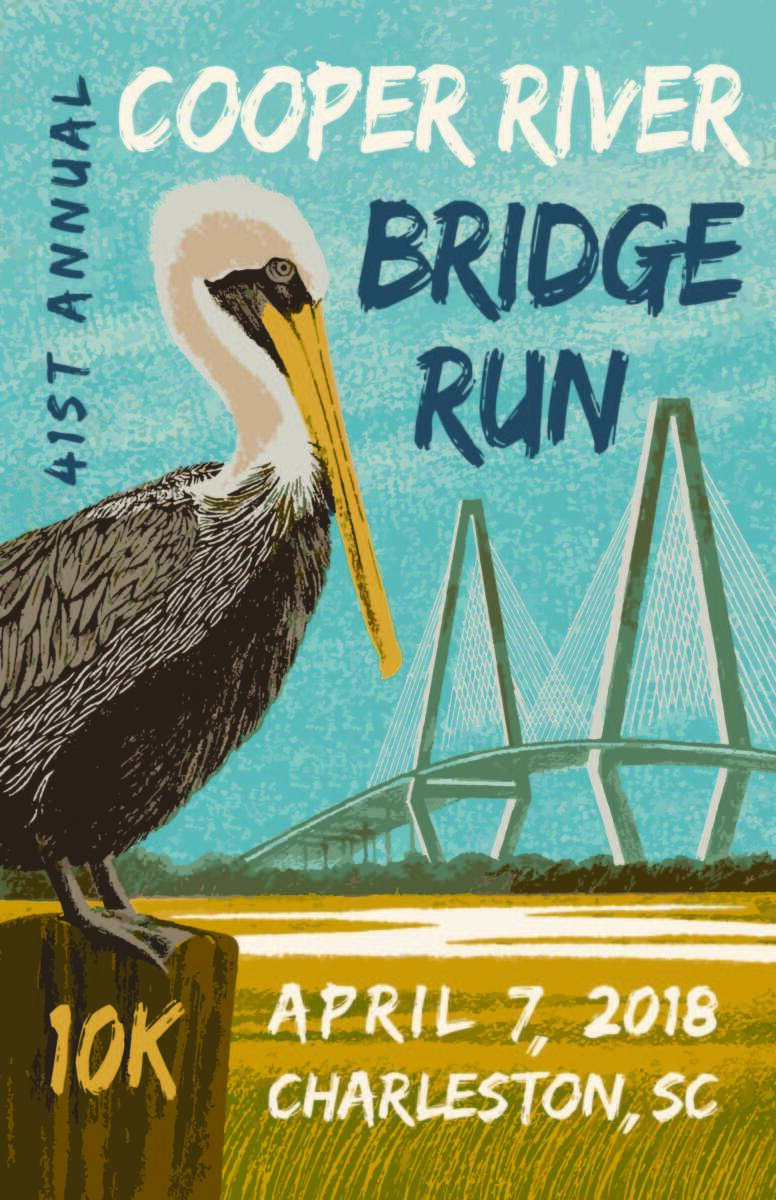 The winning design was created by artist William Waitzman and was inspired by the view of the bridge from Shem Creek. Waitzman’s silkscreen print will be featured on the official t-shirts, posters, and promotional materials for the 10K run, which will be held on Saturday, April 7th, 2018.

There were 43 eligible designs submitted this year. In late July, more than 10,000 people voted in the “People’s Choice” survey, where Waitzman’s silkscreen print was first noticed. Considered among the top 10 designs at a private judging, the print was ultimately chosen as the official 2018 winner. Mr. Waitzman will receive $1,000, one hundred posters, and twenty-four t-shirts.

The Bridge Run auctioned off all other design entries at the ceremony to raise funds for the 2018 Bridge Run’s 15 benefitting charities.

Follow us
Related Topics:cooper river bridge run
Up Next

The Steeplechase of Charleston Returns in November