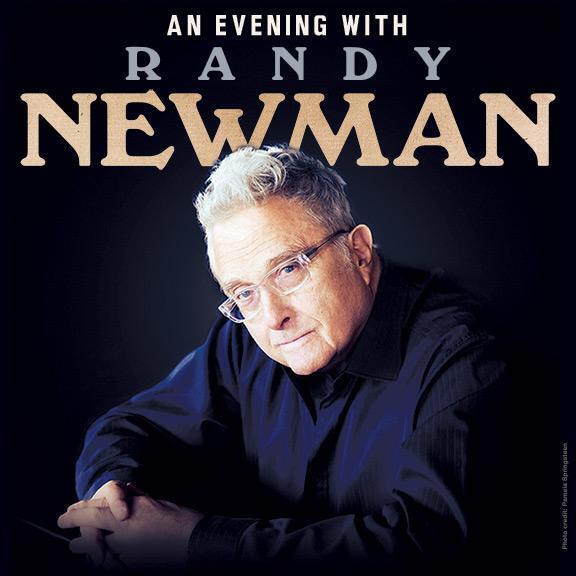 Singer-songwriter and pianist Randy Newman will perform at the Charleston Music Hall on Friday, November 10th at 8 pm.

With songs that run the gamut from heartbreaking to satirical and a host of unforgettable film scores, Newman’s works are widely recognized by generations of audiences.

The musician’s nearly 50-year career includes six Grammys, three Emmys, two Academy Awards, and a star on the Hollywood Walk of Fame. He was also inducted into the Songwriters Hall of Fame in 2002 and the Rock and Roll Hall of Fame in 2013. Mostly recently, Newman was presented with a PEN New England Song Lyrics of Literary Excellence Award in June 2014.

His career took off in the 1970s with the release of several acclaimed albums liks 12 Songs, Sail Away, and Good Old Boys. In addition to his solo recordings, Newman began composing and scoring for films in the 1980s. The list of movies he has worked on since then includes The Natural, Awakenings, Ragtime, all three Toy Story pictures, Seabiscuit, James and the Giant Peach, A Bug’s Life, and most recently, Disney/Pixar’s Monsters University.

Tickets range from $63.75 to $93.75 with a dinner & show option available for an additional $32. Public on-sale begins on Friday, August 25th at 10 am. Visit CharlestonMusicHall.com for more info.

Follow us
Related Topics:charleston music hallrandy newman
Up Next