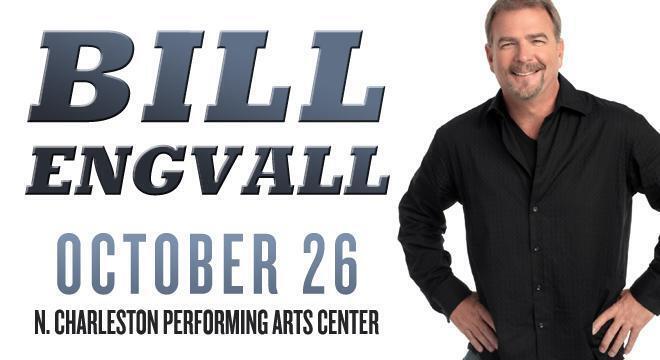 Engvall is a multi-platinum selling recording artist and one of the top comedians in the country. Most recently, he was a contestant on season 17 of ABC’s Dancing with the Stars, and he made it to the finals. Earlier this year, Engvall lent his voice to the animated comedy series Bounty Hunters, which aired on CMT. He previously starred in – and executive produced – the TBS sitcom The Bill Engvall Show.

Of course, many people known Engvall from the enormously successful Blue Collar Comedy concert films, which sold over 9 million units and received a Grammy nomination.

Reserved seat tickets go on sale to the public on Friday, August 25th at 10 am. Ticket can be purchased at the North Charleston Coliseum Advance Ticket Office, by phone at 1-800-745-3000, online at www.Ticketmaster.com, or at any Ticketmaster location.

Randy Newman Performs at the Music Hall in November