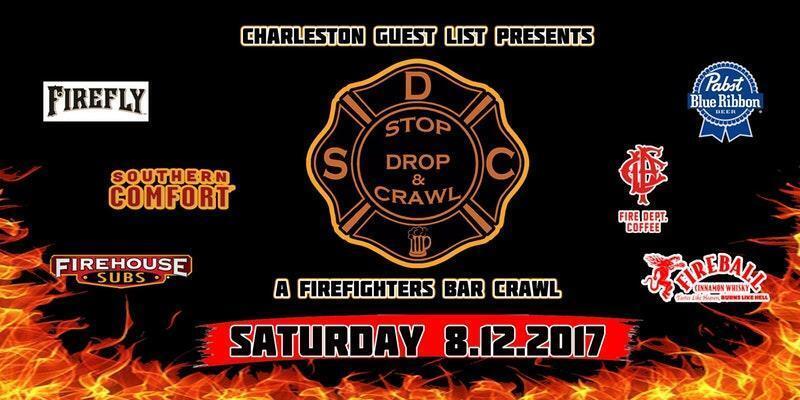 The inaugural “Stop, Drop and Crawl” Firefighters Bar Crawl will be held  throughout the downtown area on Saturday, August 12th.

Attendees are encouraged to dress in their best firefighter gear as they’ll be crawling to bars alongside many active firemen. There will also be different team activities at each location like trivia questions, “Kodak moments,” bar poker, riddles, and more. Winners will be announced and awarded prize bags with gifts at Burns Alley, the final stop of the crawl.

Stop, Drop and Crawl will kick off at 1 pm at The Alley. Other participating bars include Recovery Room, Kingdom Bar & Grill, King Street Public House, The Brick, and the aforementioned Burns Alley.

Crawl tickets can be purchased on  www.stopdropandcrawl.com. A portion of the proceeds from this event are going to the purchase of a brick for the Charleston 9 Memorial, a service project to honor and remember the nine Charleston firefighters who perished on June 18, 2007 in the Sofa Super Store Fire.

Follow us
Related Topics:Stop Drop and Crawl
Up Next