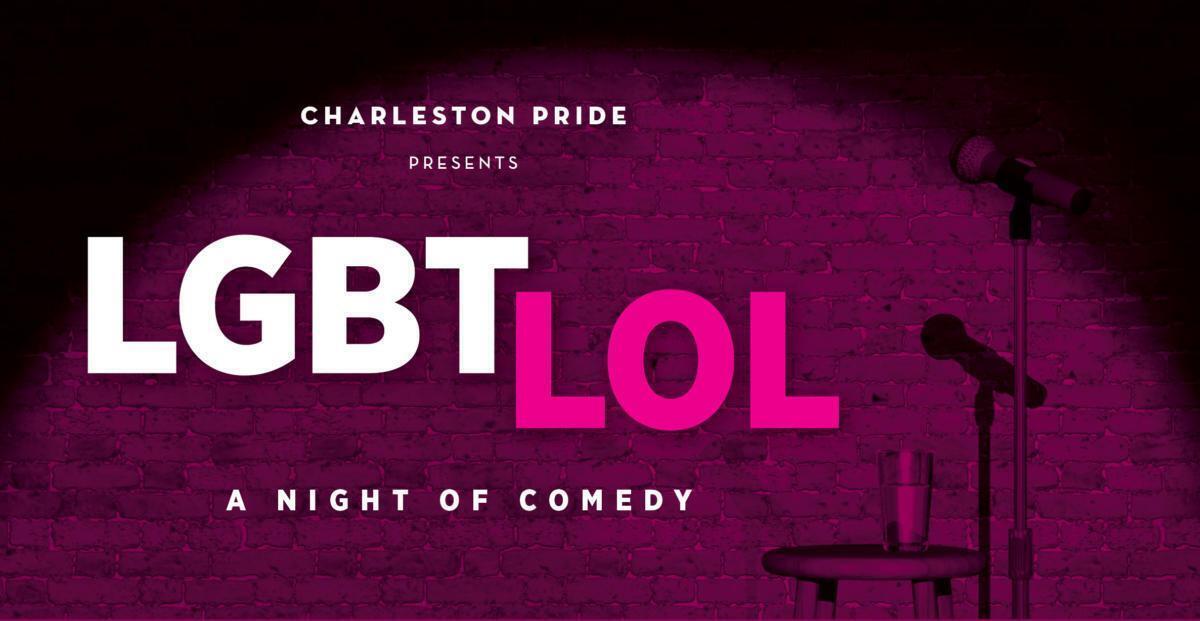 The Charleston Music Hall has teamed up with Charleston Pride to present LGBTLOL: An Evening of Comedy on Thursday, September 21st at 8 pm. They invite you to celebrate humanity and show your PRIDE during a night of comedy featuring nationally known stand-up comics, who also happen to be members of the LGBTQ community.

Tickets are $15 and are on sale now. Here’s some background on each of the night’s performers:

Sampson McCormick is an experience. A down to earth comedic force of nature and for well over a decade has been one of the most celebrated LGBT comics working. He’s been named “One of the Funniest” LGBT Comics by Huffington Post, BuzzFeed, The Daily Californian, OUT.com & the Advocate.  He’s appeared on MTV, BET, VICELAND, his acclaimed comedy special and the new documentary “A Tough Act To Follow”.  His comedy offers riveting and honest takes on race, religion, politics and sexuality– you know, all those things you aren’t supposed to talk about in polite company.

At 5’2, comedian Jenn Snyder packs a whole lot of funny in her one-two punch style of comedy. Topics ranging from her days growing up as a lesbian in a “good ol’ boy” town, to her dealing with the public on a daily basis, this comedian will pull you in with her stories and leave you wanting more with her quick wit and hilarious observations. Born and raised in Columbia, South Carolina her ultimate goal is to unite all people through laughter.

A Seattle-based comedian and writer, El Sanchez has been performing all over the country since 2010. They have appeared on NPR’s Latino USA, featured in LGBTQ documentary short, “Oh, I Get It,” and have performed at Bumbershoot, the Bridgetown Comedy Festival, Emerald City Comicon and Autostraddle.com’s annual LGBTQ event  A-Camp. El has been called “a grumpy nugget of delight” by writer/activist Lindy West and in 2016, HelloGiggles.com listed them as one of “4 Latinx Comics You Need To Know Right Now Before They Blow Up.” Their debut comedy album “Hard Femme/Soft Butch/Werewolf” will be released in the fall of 2017.

Ian Aber is a writer and stand-up comedian out of Atlanta, Georgia, His comedic style mixes stand up and fast paced storytelling, drawing the audience into his outsider view of the world. Smart. Engaging. Energetic and Sweaty are all words used to describe him. Ian was a finalist in Stand Up NBC and is a part of their NACA college tour and performs in clubs, colleges, music venues, basements, living rooms around the country as well as attending Laughing Skull, Orlando Indie, Accidental, Scruffy City, Cinderblock and Limestone Comedy Festivals

Mimi J Benfield, also known at the “Gay of Sunshine,” is the funniest/only lesbian comedian in Charlotte, NC. She first graced the stage in 2012 and has been performing all over from Florida to Toronto, Washington, D.C. to Las Vegas and even all the way to Maui. She’s shared mics with comedy greats such as, Margaret Cho, Carlos Mencia, and Jen Kirkman. She was the taco in the “Sausage Taco Comedy Tour” of 2015 and is about to embark on a multiple city “Pride Tour” in the summer of 2017.

The Alley Will Show Mayweather vs. McGregor