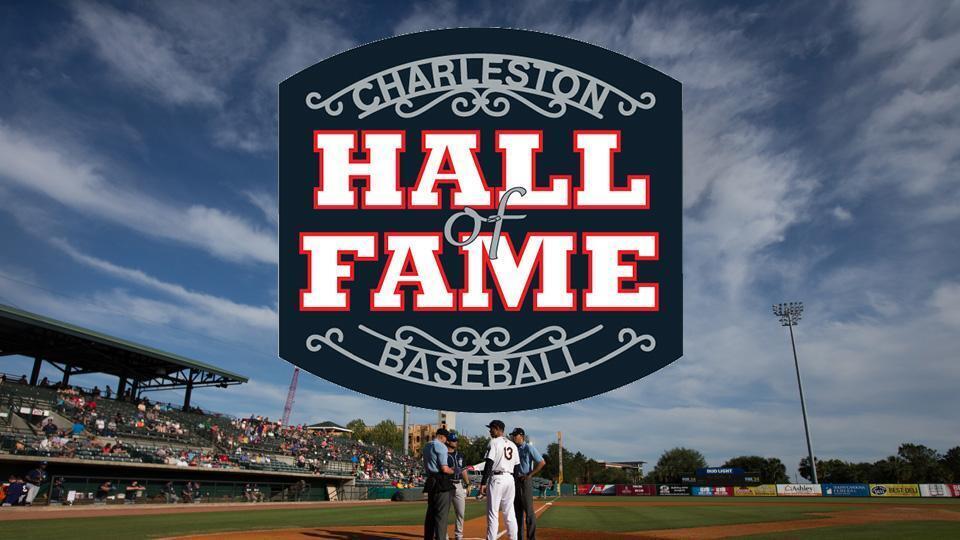 The four new inductees will be honored prior to the RiverDogs’ Friday, August 4 home game against Greenville at 7:05pm, and will have their names inscribed on the Hall of Fame list located on the main concourse of Joseph P. Riley, Jr. Park.

The Charleston Baseball Hall of Fame is coordinated and operated by the Charleston RiverDogs.  An advisory committee consisting of knowledgeable local volunteers was created to come up with the names as potential nominees.  The Hall of Fame is located inside Riley Park.

John Couch – A St. Andrew’s High product, Couch played minor league baseball for the Charleston White Sox for six seasons (1958-63) and attended Baseball Umpire Development school and in St. Petersburg, Fla. Over his illustrious career in the black and blue, he umpired classes A (Western Carolina League) and AA professional baseball in addition to American Legion and college baseball, and was an umpire during the 1975 NCAA College World Series. Couch served as an instructor for numerous young umpires and was instrumental in developing umpiring at all levels of the game.

Philip A. “Phil” Hartig (Citadel Class of 2000) – The most prolific hitter in Citadel baseball history, Hartig established 14 offensive records and earned first team All-Southern Conference honors all four years during his time with the Bulldogs. He was the league’s Player of the Year in 2001, and was also the 1998 SoCon Freshman of the Year and twice earned All-American honors from Collegiate Baseball (second team in 2000; third team in 2001). Hartig finished his career ranked fourth in the NCAA career total bases and seventh in career hits. Among his many school records, he holds the career marks in games played (239), runs (230), hits in a season (99) and career (360), doubles (76), RBI in a season (86) and career (290), slugging percentage (.673) and fielding percentage (.989). He owns a career batting average of .367, and holds the mark with 17 home runs in a season and for his career; he belted 64 home runs (second best is Anthony Jenkins’ 32). Hartig played on Fred Jordan-coached teams that went a combined 155-88 and started on teams that advanced to three NCAA regionals, won three Southern Conference Tournament titles and two SoCon regular season titles. Hartig was drafted in the 24th round by the Florida Marlins and was enshrined in The Citadel Athletic Hall of Fame in 2008.

Ryan Johnson – A standout pitcher for the College of Charleston who pitched in 2002 and 2004 (was out with injury in ’03) for the Cougars. Finished with a career record of 23-3 with a 3.26 ERA as he led the Cougars to their first NCAA Regional appearance in 2004. His overall winning percentage of .885 ranks second all-time and his perfect 12-0 season in 2004 earned him Southern Conference Pitcher of the Year honors. He was a first Team All-Conference pick in 2002 and 2004 and was a CBI All-American Honorable Mention in 2004. He finished 10th in the NCAA in wins in 2004 (12). He is a native of Fort Pierce, Fla., and attended Indian River Community College before transferring to The College. He currently works for the Mt. Pleasant Recreation Department.

R.J. Swindle – R.J. Swindle etched his name in the Charleston Southern record book thanks to a brilliant 2003 season. He set the still-standing single-season records for wins (10) and strikeouts (140) en route to finishing the year 10-5 with an impeccable 2.21 ERA. His 18 starts that season are also tied for the most made by any CSU pitcher. He capped his illustrious collegiate career as the Bucs’ all-time leader in wins (24), while placing second in innings pitched (349.2) and games started (51). The crowning moment of Swindle’s career came on the international level. The Vancouver, Canada native suited up for the Canadian National Team in the 2008 Olympics in Beijing, the 2012 World Baseball Classic Qualifier in Germany, and the 2013 World Baseball Classic here in the United States. Swindle has also enjoyed two stints in the Major Leagues, a three-game run with the eventual World Series Champion Philadelphia Phillies in 2008 and a six-game stretch with the Milwaukee Brewers the following year. After starting his pro career in the Boston Red Sox organization, Swindle signed with the New York Yankees, and found himself 20 minutes from the CSU campus pitching for the Charleston RiverDogs. Swindle posted one of the better seasons of his career with the RiverDogs, going 4-2 with two saves and a 0.61 ERA over 44.1 innings. Swindle wrapped up a nine-year professional career in 2012, pitching with the Memphis Redbirds, the St. Louis Cardinals’ AAA affiliate.

Follow us
Related Topics:charleston baseball hall of fame
Up Next

The Alley Will Show Mayweather vs. McGregor