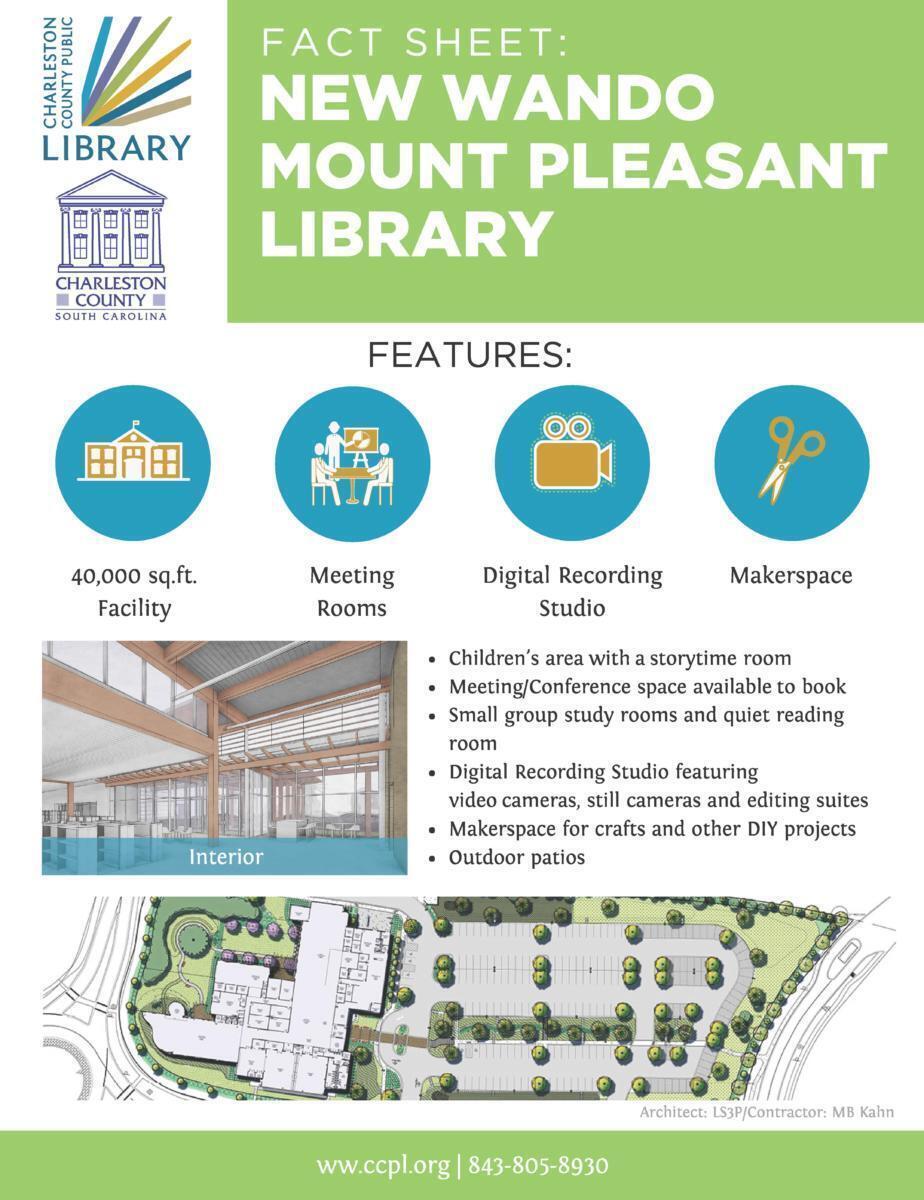 Charleston County Public Library (CCPL) and Charleston County Government officials kicked off the construction of a new library branch in Mount Pleasant during a groundbreaking ceremony on July 25. The 40,000-square foot facility will be located inside the Carolina Park neighborhood in the northern area of Mount Pleasant.

“This is an exciting day because it’s the first shovel in the ground for the series of our major building projects. We’ve worked hard behind-the-scenes to bring this to fruition,” said CCPL Executive Director Nicolle Davies. “We are eager to serve the citizens of this community with a new, innovative and beautiful facility.”

The Wando Mount Pleasant Library will include: 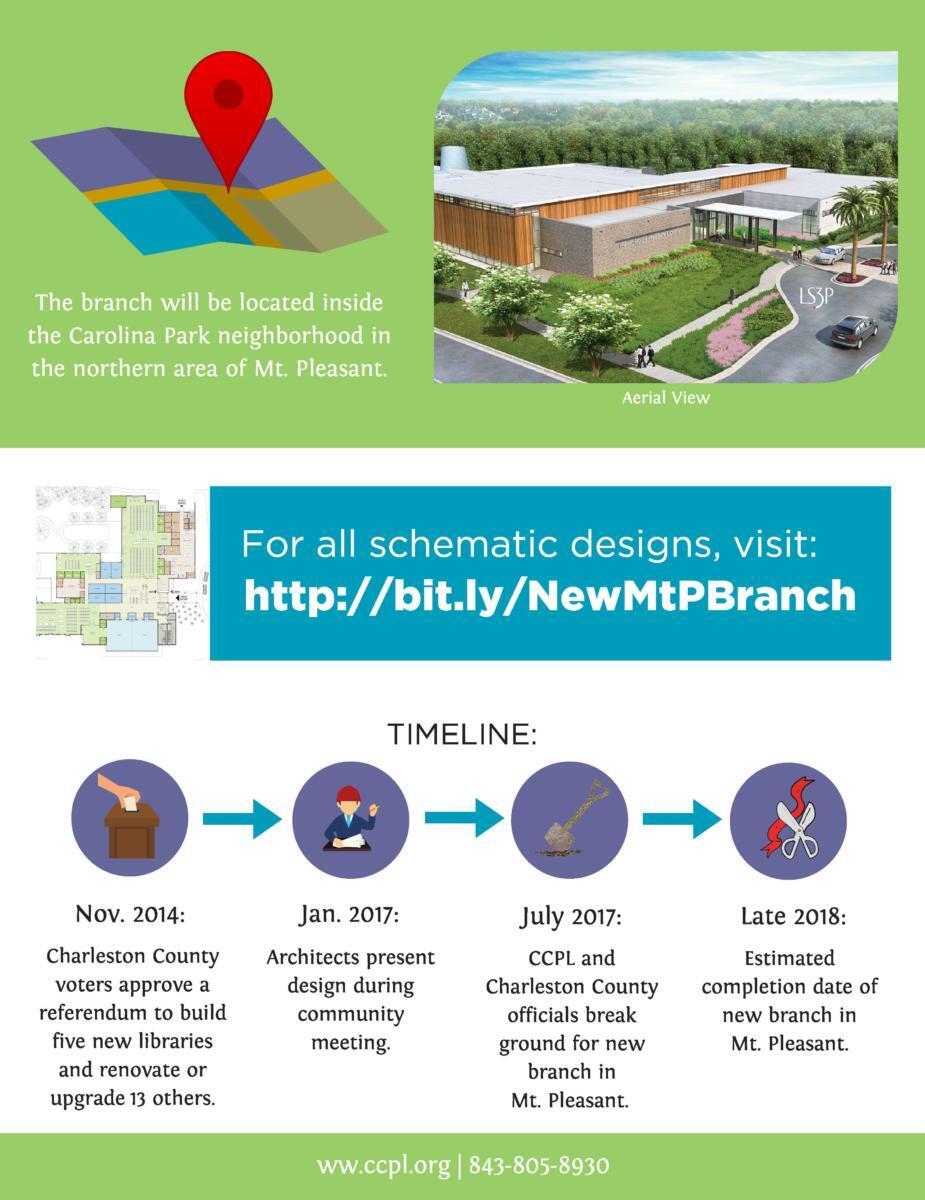 Carolina Park Development donated the land for the facility, along with $1.2 million toward its construction. The branch is expected to open in late 2018. Local residents approved a referendum to build five new libraries, and renovate or upgrade 13 others in November 2014. The first phase of the overall project was designed to solicit community input for the five new library locations. One of CCPL’s top priorities during this process involved obtaining practical information from public library users. During fall 2015, community meetings were held in each region slated to receive a new library facility.

Architectural firm, LS3P presented their design of the new Mount Pleasant branch during a community meeting on January 30. Click here to see the design.

Follow us
Related Topics:charleston county public library
Up Next