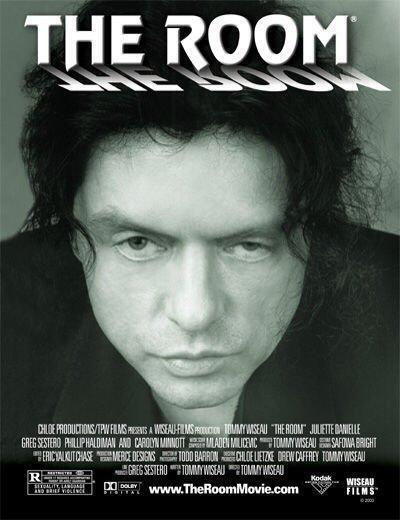 The Charleston Music Hall is thrilled to present “one of the worst films ever made,” The Room, on November 7th at 7:30 pm. The showing is being held in anticipation of the upcoming release of The Disaster Artist on December 1st.

In 2003, an independent film called The Room – starring , written, produced, and directed by the mysterious Tommy Wiseau — made its debut. The $6 million film earned a total of $1,800 at the box office, closed after two weeks, and was universally panned. Despite that, the film has gained a cult following.

In 2014, Greg Sestero and Tom Bisell released The Disaster Artist, a book that brings readers behind-the-scenes of the disastrous film. Actor and filmmaker James Franco has created a film based on the book which will be released in December. The movie stars Seth Rogen, Dave Franco, Alison Brie, Zoey Deutch, Zac Efrron, and more.

For more information on the local showing of The Room, click here.