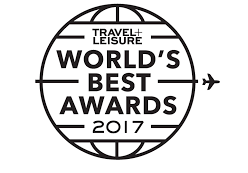 The Holy City had done it again! For the fifth year in a row, readers of Travel + Leisure magazine have named Charleston the Best City in the U.S. and Canada. In addition, the Holy City was tabbed as the second best city in the world.

The magazine’s 2017 World’s Best Awards Survey is based on readers’ votes in categories like sights/landmarks culture/arts, restaurants, food, people/friendliness, and overall value. The Holy City topped No. 2 Santa Fe, New Mexico and No. 3 Savannah on the U.S. list. The magazine had the following to say:

“Charleston is that rare destination that, on paper, seems to have it all — and then totally lives up to the hype.”

San Miguel de Allende, Mexico topped the World’s Best City list, besting Charleston by less than a point on the magazine’s scale. No other American city was ranked in the top 15. The Holy City was ranked first last year and remains the only U.S. city to top the list.

As usual, the awards for Charleston didn’t stop there as downtown’s Spectator Hotel was recognized as the No. 1 Top City Hotel in the U.S. – and second best in the WORLD.

Best Islands in the Continental U.S.

The magazine also provided a list of the “10 Best Hotels in Charleston,” which was topped by The Vendue. You can see that list here.

You can view the full Travel + Leisure World’s Best Awards here and in the August issue of the magazine (on newsstands July 11th).
–