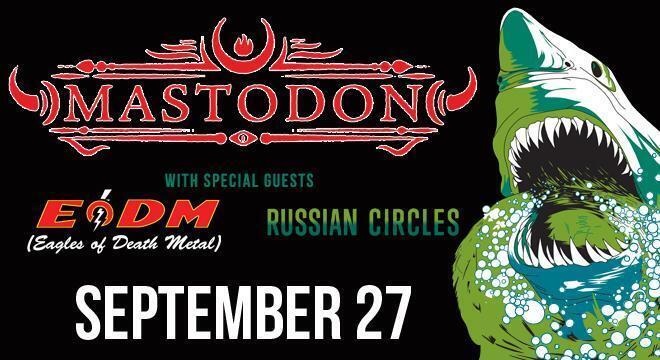 Atlanta-based heavy rock icons Mastodon will play the North Charleston Performing Arts Center as part of 98 Rock’s Birthday Bash on Wednesday, September 27th. The band will be joined by Eagles of Death Metal and Russian Circles.

Since forming back in 2000, Mastodon have become one of the most successful heavy metal bands in the country. Most recently, their 2014 album Once More ‘Round The Sun reached No. 6 on the Billboard Top 200, marking their second consecutive Top 10 debut following 2011’s The Hunter. They’ve also received numerous Grammy nominations.

Tickets for their local show will go on sale Friday, June 16th at 10 am at the North Charleston Coliseum Advance Ticket Office, online at Ticketmaster.com, or by calling 1-800-745-8000. Click here for more information. The show starts at 7:30 pm.

The Lone Bellow Returns to the Music Hall in November