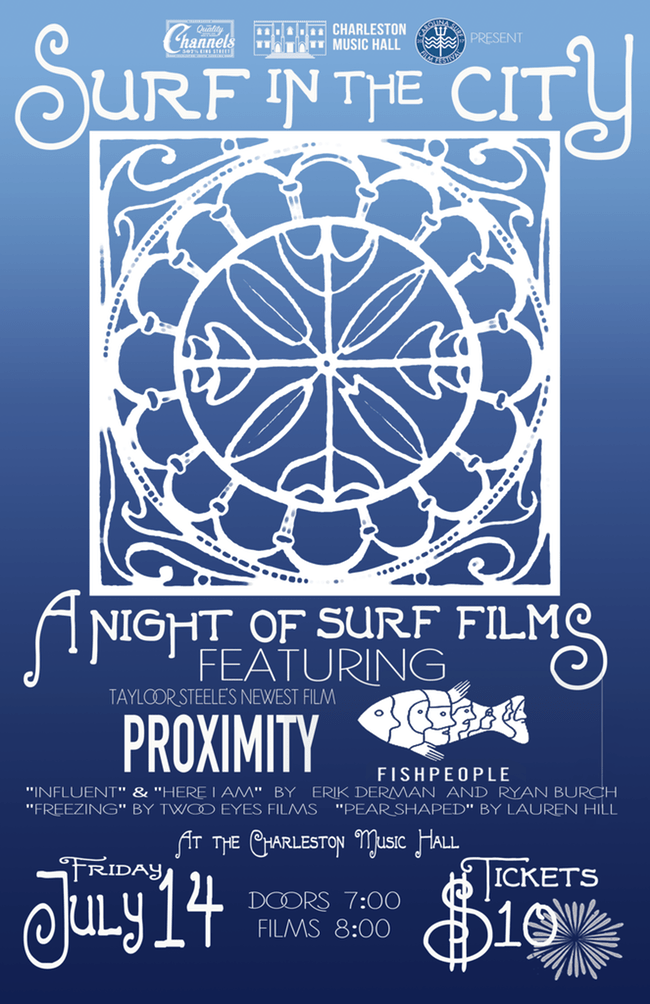 The Charleston Music Hall is teaming up with The Carolina Surf Film Festival and Channels to present a night of Surf Films on Friday, July 14th at 8 pm.

The event, which celebrates surf culture, will include the premier of Taylor Steel’s newest film, PROXIMITY, as well as Keith Malloy’s FISH PEOPLE and a few shorts. Attendees can enter in to win some surf gear and merchandise and enjoy fresh fish and shrimp tacos from Coast Bar and Grill in the lobby.

PROXIMITY is a visceral portrait of modern surfing. The film follows eight of the world’s best surfers – four legends and four rising stars – as they search for new waves and deeper understanding in exotic destinations.

FISH PEOPLE is a film about lives transformed by the sea. To some, the ocean is a fearsome place. But to others, it’s a limitless world of fun, freedom and opportunity where life can be lived to the full. A new documentary presented by Patagonia and directed by Keith Malloy, FISHPEOPLE tells the stories of a unique cast of characters who have dedicated their lives to the sea. From surfers and spearfishers to a long-distance swimmer, a former coal miner and a group of at-risk kids, it’s a film about the transformative effects of time spent in the ocean—and how we can leave our limitations behind to find deeper meaning in the saltwater wilderness that lies just beyond the shore.

Click here for more information and enjoy some previews below.