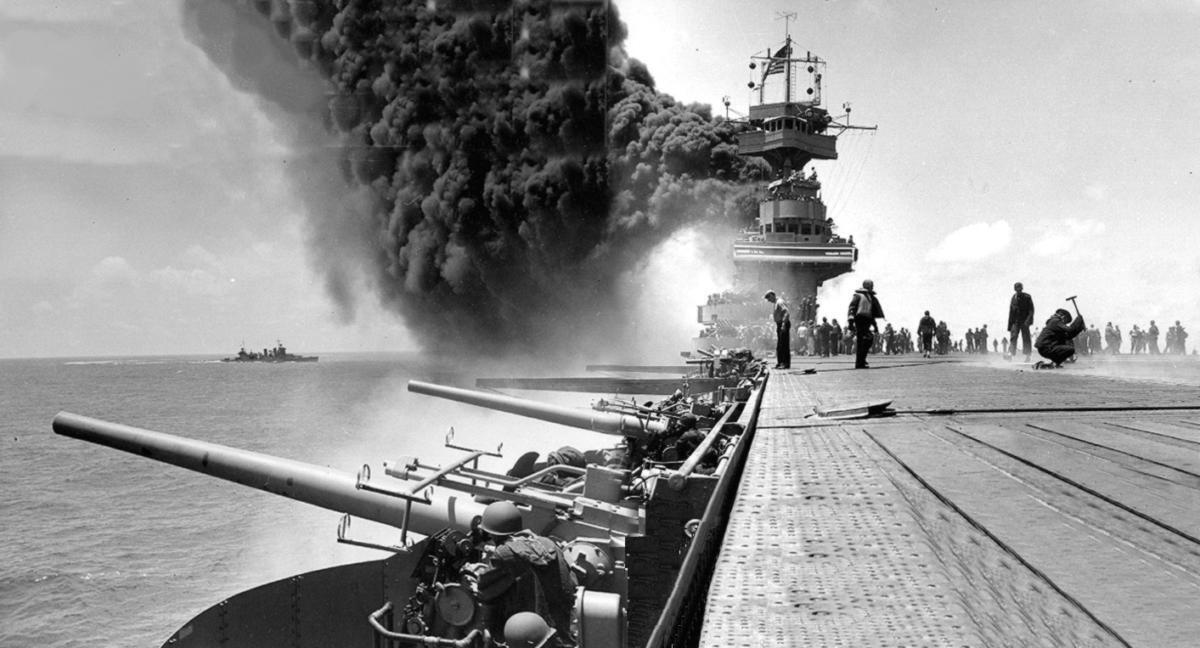 A World War II veteran who survived an attack aboard the USS Yorktown (CV-5) during the iconic and pivotal Battle of Midway, will share his story at a free symposium at Patriots Point Naval & Maritime Museum on June 5th, the 75th anniversary of the attack. The free event starts at 7 pm.

“We thought we were going to capsize,” Hancock said. “Everybody went in the water and the Captain was the last one to leave. I was picked up by a destroyer after floating for quite a while. We spent all night sleeping on the deck, covered with oil.”

Hancock earned a Purple Heart for injuries sustained during the battle.

The Battle of Midway, June 4th to 7th, 1942, was a major turning point in World War II for the United States Navy. The victory in the Pacific Theater came just six months after the attack on Pearl Harbor. It allowed the Allied Forces to move into an offensive position.

The importance of the battle and details from the intense four-day fight will be the focus of a new 75th anniversary exhibit that will open June 5th – the same day as the symposium. The exhibit will feature a replica of the USS Yorktown’s (CV-5) flight deck that visitors can stand on to get an understanding of how much the aircraft carrier was leaning (22-degree list) when its crew was ordered to abandon ship.

Artifacts from other carriers who were at the battle, the USS Enterprise (CV-6) and USS Hornet (CV-8), will be on display as well.

If visitors would like submit questions for John Hancock ahead of the June 5 symposium, they can email them to media@patriotspoint.org.