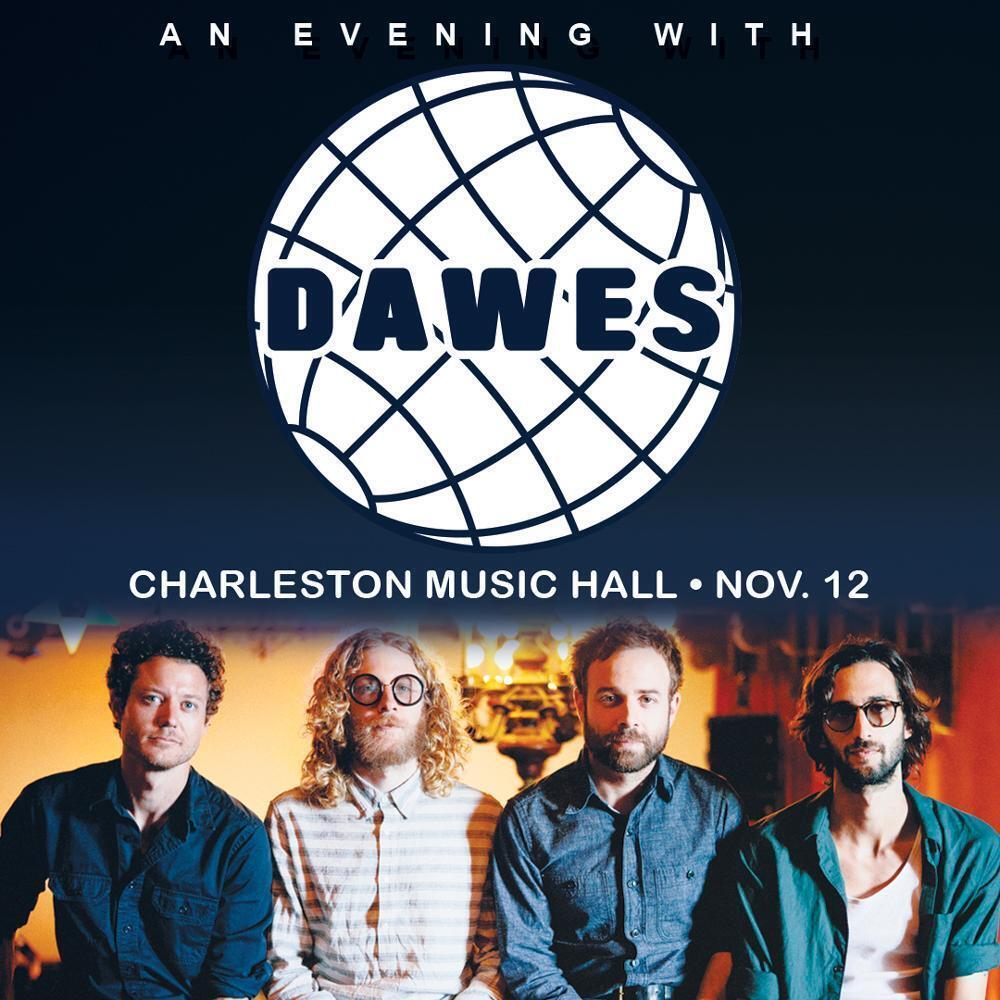 Folk-rockers Dawes will return to the Charleston Music Hall on Sunday, November 12th for a concert starting at 8 pm. This will be the third time the band has played at the venue.


The band’s most recent album, 2016’s We’re All Gonna Die, reached No. 1 on Billboard’s Americana/Folk charts. It was the group’s second consecutive album to earn that designation.

You may have also heard Dawes on television shows like Parenthood and American Dad!.

Tickets for the group’s Charleston show are available here.
–