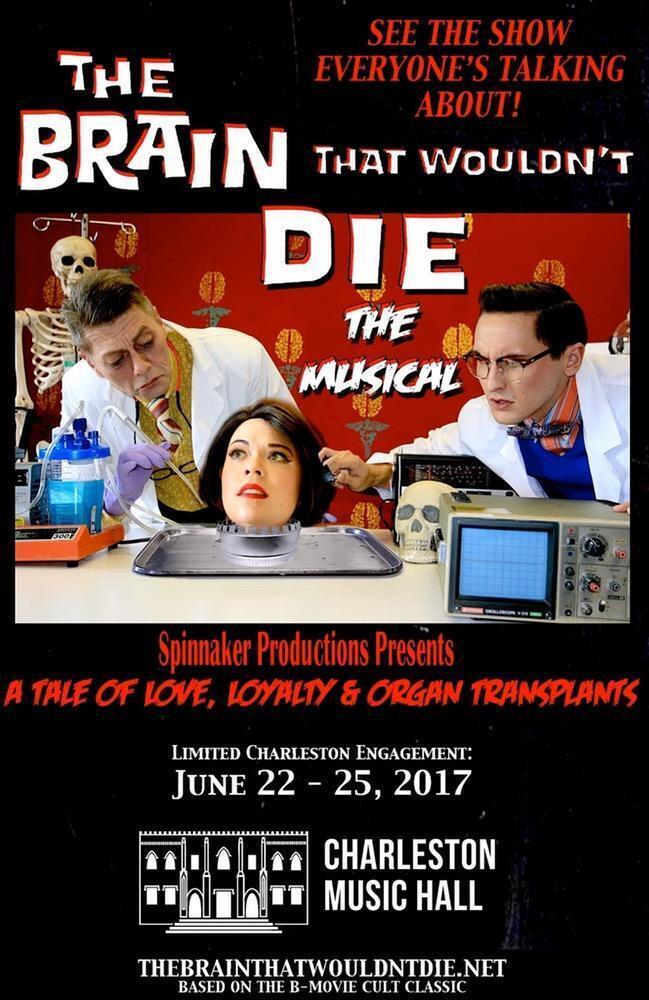 There’s some good news for the many theater-goers who wanted to see The Brain That wouldn’t Die last Fall at Footlight Players, but couldn’t because Hurricane Matthew cut the run short – the original rock musical will take the Charleston Music Hall stage this summer.

The movie, The Brain That Wouldn’t Die, was released in 1962 to dreadful reviews, but became a cult favorite. Bruce Bernhard, a Hollywood screenwriter, acquired the rights to the film in 2011 and joined forces with veteran songwriter, Chris Cassone, who wrote eighteen tunes for the show.

The project was dormant for several years until Bernhard moved to Charleston, where he found a team to help him bring it to the stage.

The Brain That Wouldn’t Die tells the story of a surgeon who must reconstruct his fiancée after she is decapitated in a car accident. He keeps her head alive while he searches for a suitable body in time for their wedding. Despite the grisly setup, Brain is an engaging love story. It’s the tale of a man who will do whatever it takes to be re-united with the woman of his dreams.

You can catch the show at the Music Hall from Thursday, June 22nd to Sunday, June 25th.  For more information, and to purchase tickets, go to: thebrainthatwouldntdie.net.

Follow us
Related Topics:charleston music hallThe Brain That Wouldn't Die
Up Next