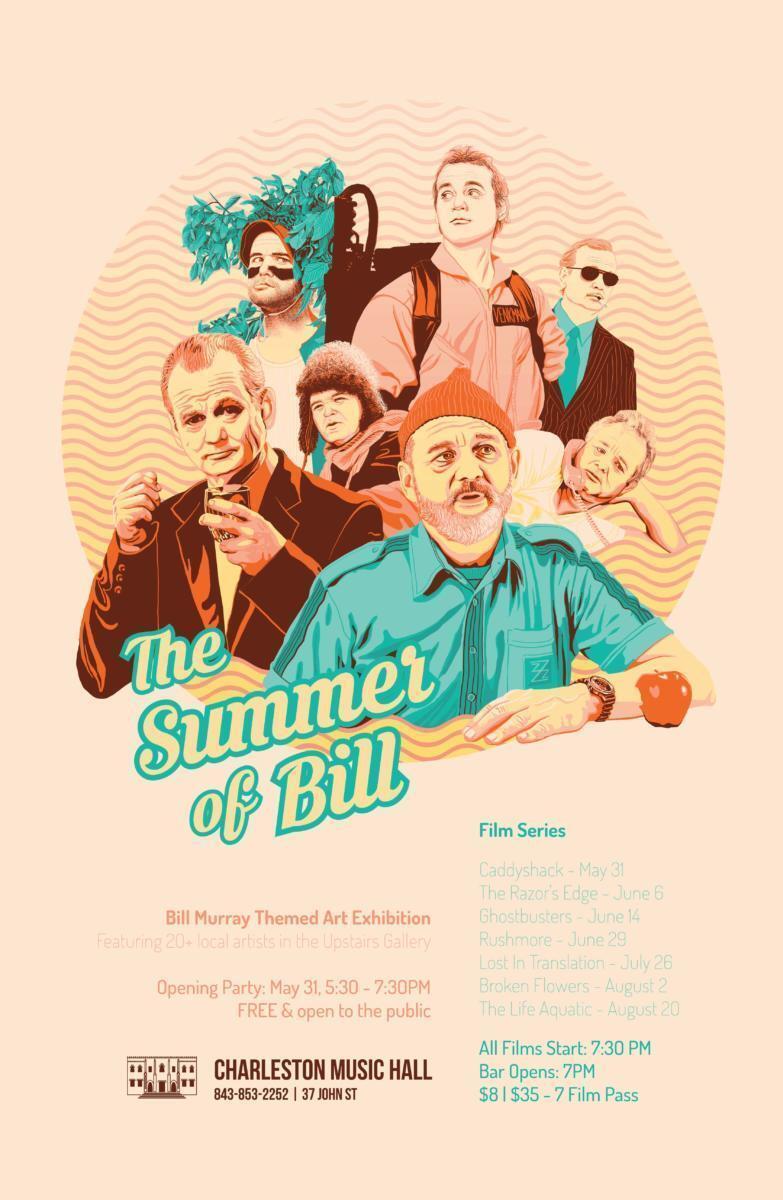 Beginning at the end of this month, the Charleston Music Hall will host “The Summer of Bill Film Series,” a seven-film series made up of Bill Murray movies with a corresponding art exhibit.

The series begins on May 31st with the “Summer of Bill Art Exhibit,” a free opening party on being held from 5:30 pm – 7:30 pm. The art exhibit will be on view through August 20th.

The Music Hall also commissioned five local artists to create unique film posters for each movie. The specialty  prints will be for sale all summer at the box office.