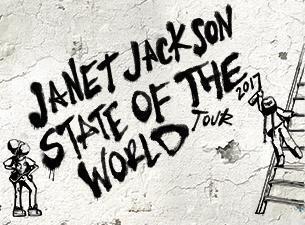 
The concert will be part of the legendary entertainer’s “State of the World” Tour. Tickets go on sale Friday, May 5th at 10 am.

Some of her biggest hits include “Nasty,” “Rhythm Nation,” “That’s the Way Love Goes,” “Together Again,” and “All for You.”