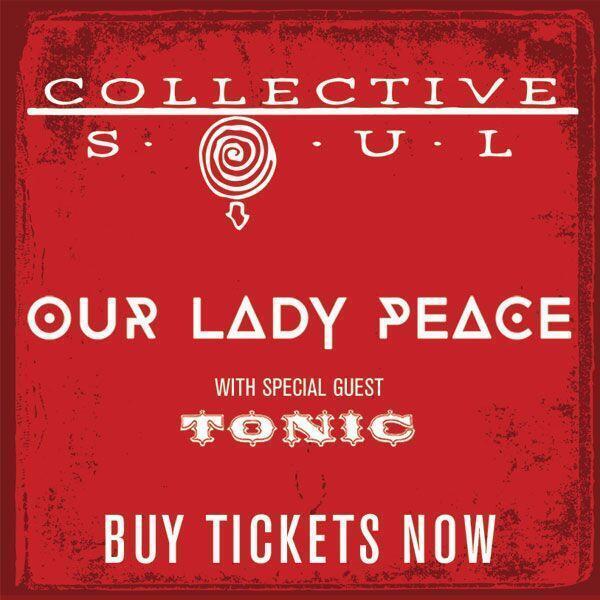 On Saturday, June 24th, Collective Soul and Our Lady Peace will perform at the Volvo Car Stadium with special guest Tonic. Each band was responsible for some of the 1990’s biggest rock hits.

Collective Soul tallied four platinum-selling (or higher) albums during the ’90s. They are best known for songs like “Shine,” “Gel,” “December,” “The World I Know,” and more.

Canadian rockers Our Lady Peace are known for their hit singles “Clumsy,” “Starseed,” “Somewhere Out There,” and “Superman’s Dead.”

Tonic’s most successful album was 1996’s Lemon Parade, which included their biggest hit song “If You Could Only See.”

Tickets for the Daniel Island show can be purchased here. The show starts at 7:30 pm.
–

Janet Jackson to Perform in Columbia

Oops!..Bay Street Biergarten Did It Again!