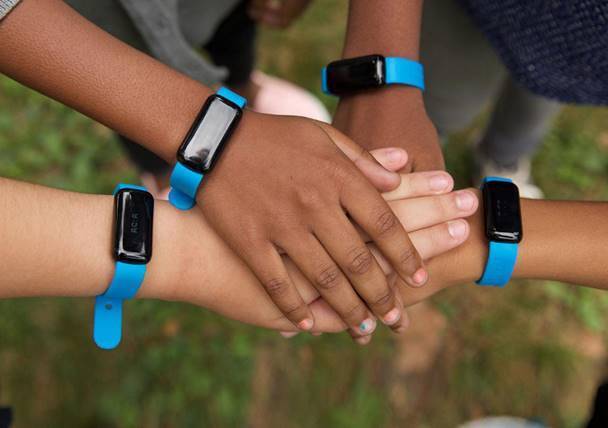 Local fifth grade students in Charleston are getting active to help the millions of children across the world that are currently suffering from famine and malnutrition on a global scale.

Students from Goodwin Elementary School are participating in UNICEF’s Kid Power Program, a national campaign calling all kids and families to get active and help severely malnourished children around the globe. Using the first-ever “Wearable-for-Good™ technology,” which was named by TIME as one of the best inventions in 2016, the Kid Power bands track physical activity and encourages kids to move around through organized missions.
In addition to the band, kids can also track their activity with the free UNICEF Kid Power App that’s compatible with smartphones and most activity trackers.  The more activity tracked, the more points are earned, which are then used to unlock lifesaving Ready to Use Therapeutic Food (RUTF) packets for severely malnourished children around the world.
To-date, the Kid Power program has saved the lives of more than 40,000 severely malnourished children via the delivery of 6.4 million food packets, which otherwise would not have been sent due to the lack of funding.
Goodwin Elementary School teacher Amanda Workman said that after giving out the Kid Power bands to her 5th Grade Class, her “students looked like they had ants in their pants.” Workman added, “I’ve never seen them this motivated to move!”
You can learn more about UNICEF’s Kid Power Program here.

Join the Bocce Bash Benefiting the Special Olympics on May 20th