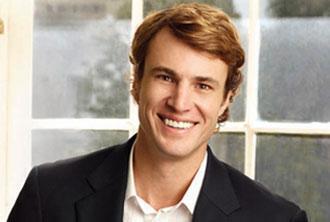 The Southern Charm juggernaut has shown no signs of slowing down.

The original reality series, which was filmed in Charleston, is currently in its fourth season on Bravo and enjoying solid ratings.  On Monday, May 8th, a Savannah-based spin-off will debut on the network at 10 pm. PLUS, a New Orleans version of the series is now in the works. However, it doesn’t end there.

Bravo recently announced that Shep Rose, who has starred on all four seasons of the original Southern Charm, will star in his own series called Relationshep. According to the network, Rose will “leave Charleston behind and travel the country in search of true love and a committed relationship. Along the way, he’ll call on his friends in the various cities he stops in to see if they’ll set him up with potential matches who can fit into his life — which includes black tie galas and travels around the globe.”

No other details were announced, but Holy City Sinner will keep you posted on any developments. In the meantime, you can see Rose every Monday at 9 pm on Southern Charm.

You can see Bravo’s Relationshephere announcement .

New Orleans Next to be Invaded by “Southern Charm”