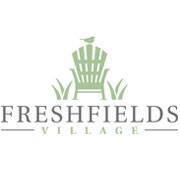 Freshfields Village, located at the crossroads of Kiawah and Seabrook Islands, has announced their 2017 summer programming. As usual, each of the events are free to attend.

The fun begins with the two-night Music on the Green series kick-off on Friday, May 26th and Saturday, May 27th. Each  of the concert performances will be held from 6 pm to 9 pm on the Village Green. The series will continue every Friday night through September 1st.


The summer Farmer’s Market returns on Monday, June 5th, and will be held weekly from 4 to 8 pm (except August 21st).

On Wednesday, June 14th, Freshfields Village will host the first Starlight Cinema event of the season. The series of film screenings will take place each Wednesday through August 16th at 8:30 pm on the Village Green.


Here’s a look at the Music on the Green and Starlight Cinema schedules:

Music on the Green Series