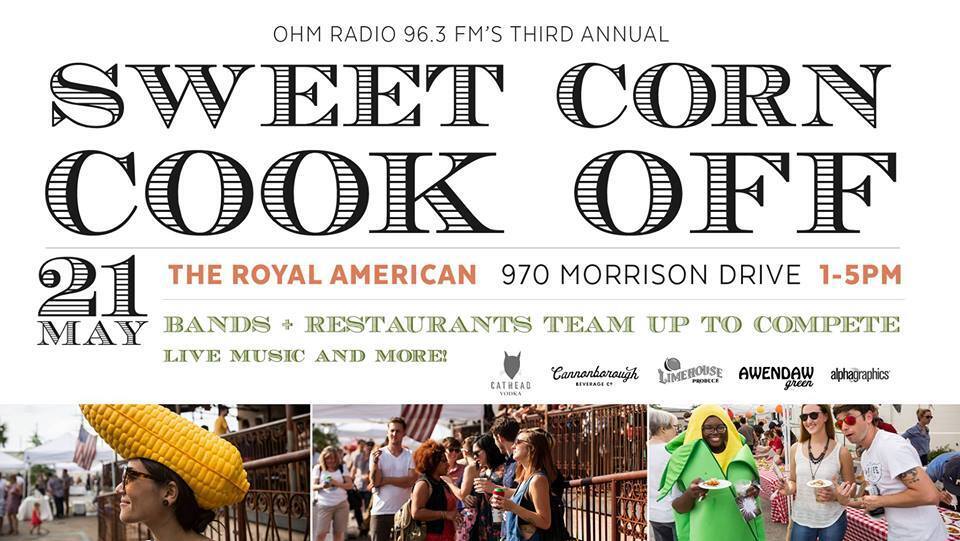 Ohm Radio’s 3rd Annual Sweet Corn Cook Off will be held on Sunday, May 21st from 1 to 5 pm at The Royal American. The station’s fundraising event will once again feature a lineup of area chefs and musicians teaming up to create and compete for the best sweet corn dish.

Tickets are $20 if purchased in advance. Kids’ (18 and under) tickets are $10. Proceeds go to OHM Radio to help them fund their commercial free programming.

The Royal American is located at 970 Morrison Drive.