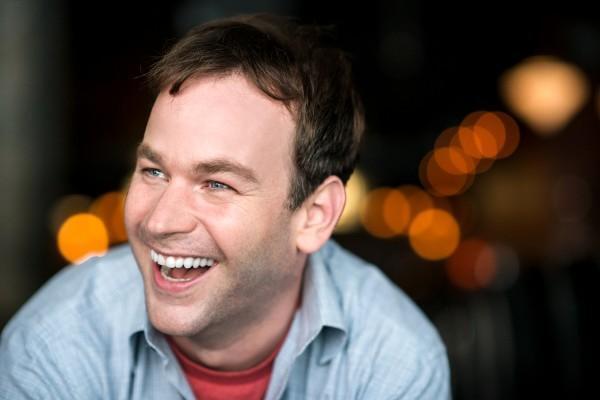 UPDATE on 10/4/17 – The performance has been rescheduled for December 14th at 7 pm. Click here for tickets.

UPDATE on 9/6/17 – This event has been postponed due to the impending threats of Hurricane Irma. The venue had the following to say:

“Comedian Mike Birbiglia, set to perform Friday, September 8, is postponed due to the threat of severe weather. The new performance date will be released as soon as it is available.

All tickets issued for the current date will be honored for the new date. At that time, patrons who are unable to attend will be issued a refund.

Thank you for your patience and understanding. Again, new show information will be released as soon as it becomes available.”

Award-winning comedian, author, and filmmaker Mike Birbiglia will be performing at the Gaillard Center on Friday, September 8th at 7 pm. The show is being held in partnership with the Charleston Comedy Festival.

Birbiglia has starred in three Comedy Central specials and drawn rave reviews for his one-man performance Sleepwalk With Me and My Girlfriend’s Boyfriend. The former was turned into a book and feature film.

In addition to those projects, Birbiglia has appeared in films like Trainwreck, Going the Distance, Cedar Rapids, The Fault in Our Stars and Annie. He’s also had roles in HBO’s Girls and the hit Netflix show Orange Is the New Black.

Birbiglia’s most recent stand-up special, Thank God for Jokes, was released on Netflix in February.

Tickets for his Charleston show are on sale now and can be purchased here.