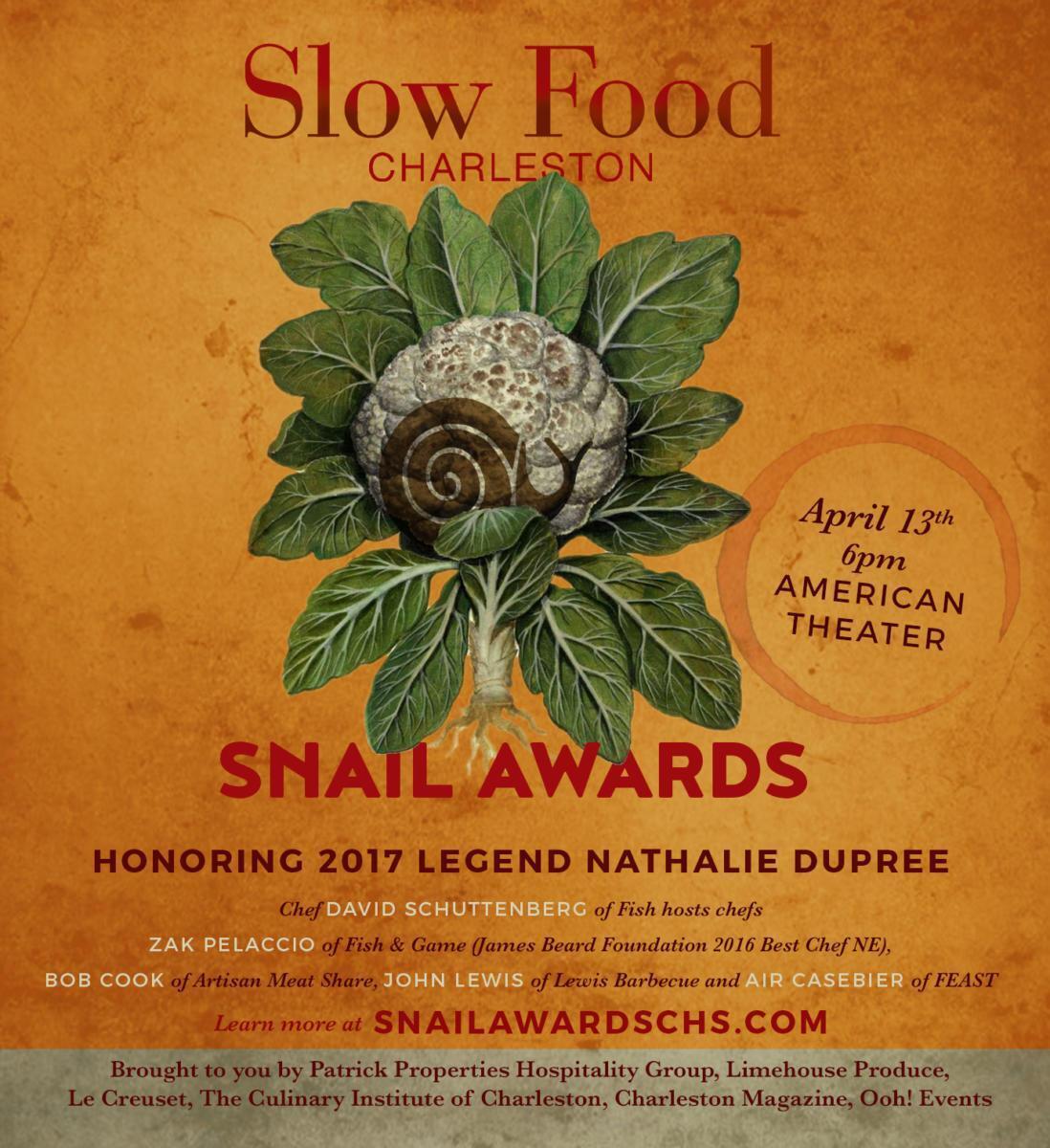 Slow Food Charleston has announced the finalists for their 2nd Annual Snail Awards, which will recognize the community leaders supporting the Slow Food movement. The winners will be announced on Thursday, April 13th at The American Theater.

Here’s a look at this year’s finalists:

There is also an award for The Legend which will be presented to author, educator, and advocate Nathalie Dupree. She will receive the Carolina Gold Trophy created by artist and iron worker Robert Thomas and will be a part of the evening’s festivities.

Finalists and winners were chosen by a panel of judges including:

Tickets can be purchased at www.snailawardschs.com.