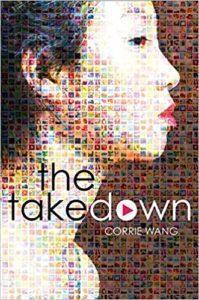 Edmund’s Oast will host a book launch celebration for Corrie Wang’s debut young adult novel, The Takedown, on Tuesday, April 11th in The Bower at 6 pm.

The event will include book swag, complimentary snacks by Short Grain, and book signings by Wang. Blue Bicycle Books will be onsite selling copies of the book. There will also be a special “Takedown” cocktail available during event. To learn more, click here.

Wang and her husband, Shuai, own and operate the Short Grain food truck.

Kyla Cheng doesn’t expect you to like her. For the record, she doesn’t need you to. On track to be valedictorian, she’s president of her community club, a debate team champ, plus the yummy Mackenzie Rodriguez has firmly attached himself to her hip. She and her three high-powered best friends don’t just own their senior year at their exclusive Park Slope, Brooklyn high school, they practically define the hated species Popular. Kyla’s even managed to make it through high school completely unscathed.

A week before college applications are due, a video of Kyla having sex with her handsome young English teacher is uploaded to her school’s website. It instantly goes viral, and only Kyla knows that’s it’s a fake. With time running out, Kyla delves into a world of hackers, haters and creepy stalkers in an attempt to do the impossible-take something off the internet-all while dealing with the fallout from her own karmic footprint.