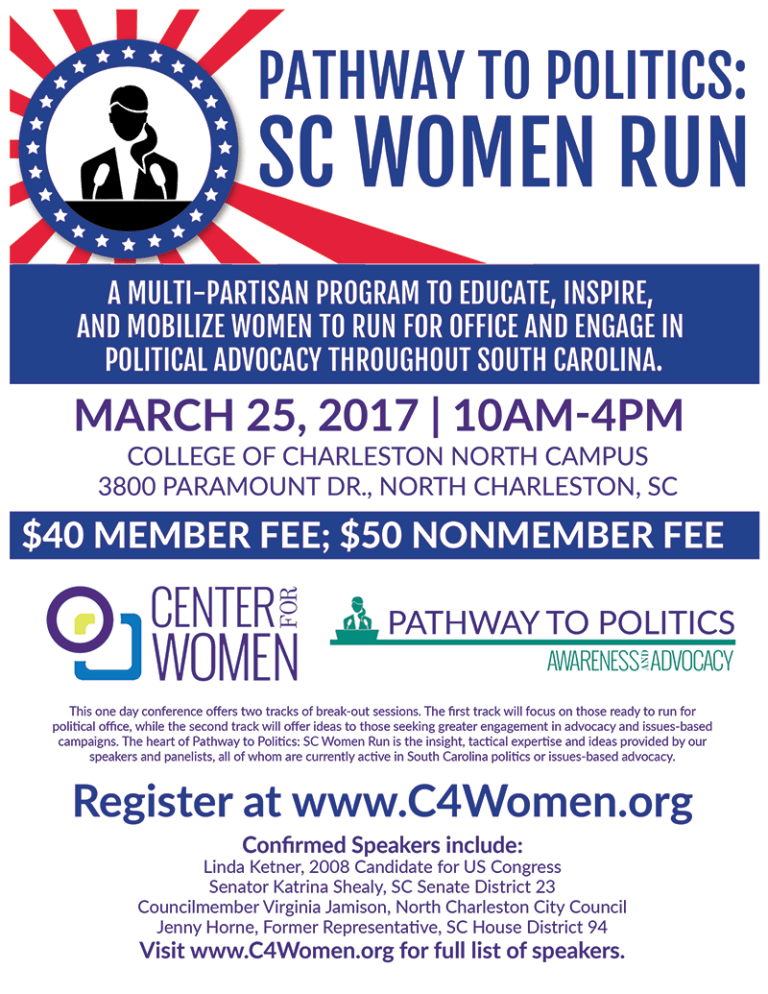 On Saturday, March 25th, “Pathway to Politics: SC Women Run,” a non-partisan program that aims to educate, inspire, and mobilize women to run for office and engage in political advocacy throughout South Carolina, will be held at College of Charleston’s North Campus.

The event, which runs from 10 am to 4 pm, will include two breakout sessions featuring multiple speakers. Here’s a look at the schedule:

Follow us
Related Topics:center for womenPathway to Politics SC Women Run
Up Next