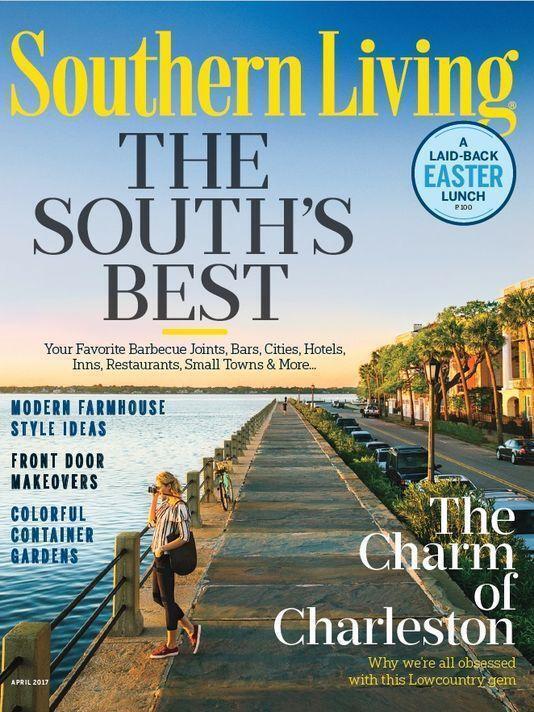 We’ve come to expect that if a publication is putting out a list of best cities, Charleston will be included. The more segmented that list gets, the more likely the Holy City will be found at the top. This is one of those posts.

Charleston was chosen as the “South’s Best City of 2017” by Southern Living. The designation is part of “The South’s Best” awards, the magazine’s reader-voted honors. Savannah finished second, while New Orleans was slotted third.


Here’s what Southern Living had to say about the Holy City:

“Almost 350 years old, this coastal South Carolina gem has bewitched travelers from every corner of the globe with its cotton-candy-colored homes, cobblestone lanes, wild salt marshes, and walled gardens.”

We all already know that, but what really sets Charleston apart from the best of the south? According to the magazine:

The “primary ingredient in Charleston’s special sauce is its knack for reinvention. Over the past decade alone, an influx of bright young things—artists, chefs, entrepreneurs, and makers of all stripes—have literally transformed the look and feel of the city with their fresh ideas and modern aesthetic. But there’s more to its enduring appeal than that….What sets Charleston apart—the real secret to the city’s centuries-spanning allure—is not just that it keeps offering more to visitors, or that there’s always something new to discover here; it’s that there’s always something new for everyone to discover, regardless of what you’re interested in, where you’re coming from, or what you’re looking to find. Outside of New York, you’d be hard-pressed to find a place so steeped in history that also embraces the future in the sweeping, wholesale way Charleston does.”

You can read the detailed section on Charleston here and view all of “The South’s Best” winners here.