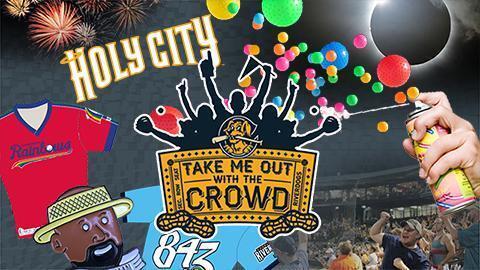 With the start of the 2017 baseball season less than a month away, the Charleston RiverDogs have dialed up some excitement by announcing this year’s promotions and specials.

Besides the action the field, here are some things fans can enjoy this year during  Joseph P. Riley, Jr. Park’s 21st season:

There will also be several theme nights throughout the season. Highlights include:

You can see the complete list of promos and specials here.

Tickets for the 2017 season are already on sale. For more information, contact the Riley Park Box Office at 843-577-DOGS (3647) or online at www.riverdogs.com.