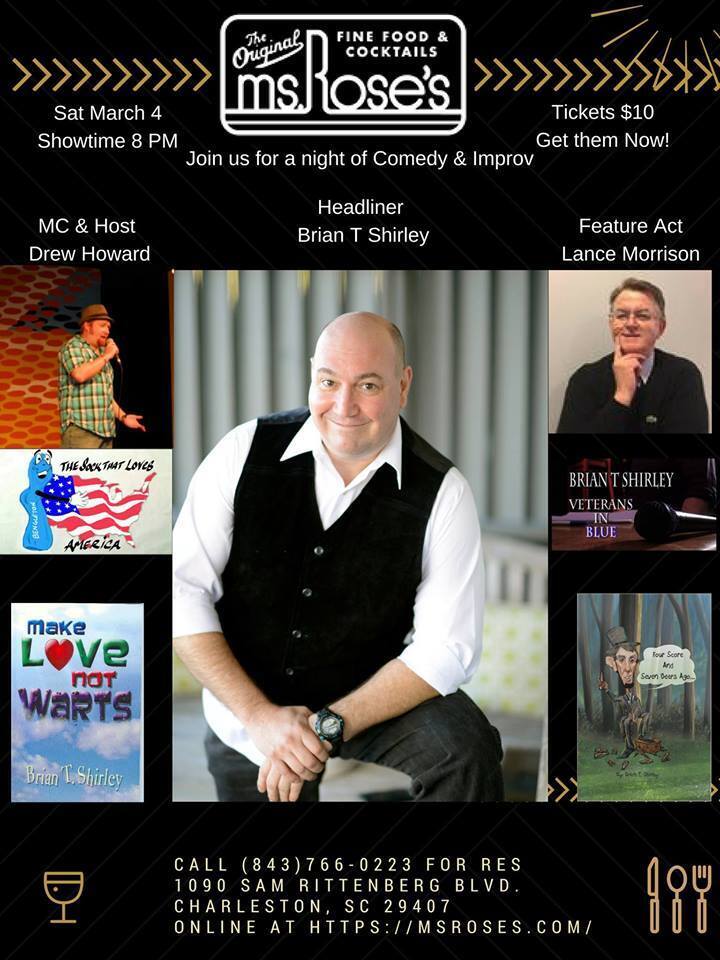 
The show starts at 8 pm and there is a $10 cash cover charge at the door. The dinner menu and a full bar will be available.  Reservations are required for this event. To make reservations, call Ms. Rose’s at  843-766-0223.

Shirley is widely known in the comedy world having authored three books and created the popular web series Bengleton Socks. He is the current host of BTS Radio and the BTS on the Road web series. This will be Shirley’s second time performing at Ms. Rose’s Comedy Hour.


For more information about Ms. Rose’s and the Comedy Hour, visit MsRoses.com.

UPDATE: Comedian Mike Birbiglia Performs at the Gaillard this December