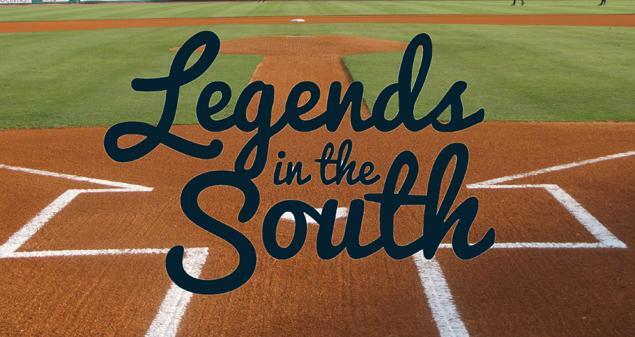 On Friday, June 9th, the Charleston RiverDogs will host star-studded alumni from the New York Yankees and Atlanta Braves for the 2nd Annual “Legends in the South” Baseball Game at Joseph P. Riley, Jr. Park. First pitch is scheduled for 6 pm.

Together the rosters will include World Series Champions, all-stars, and gold glove winners. Each team’s lineup will be announced at a later, but one big name has already been announced.

Joining the Braves squad will be former World Series hero Ryan Klesko who last year led Atlanta past New York in the inaugural edition of the “Legends in the South” classic. Named the “Lowcountry Legend of the Game,” Klesko went 3-for-3 and tallied a scoreless seventh inning on the mound.

Klesko’s Major League career spanned 16 seasons with the San Diego Padres, San Fransisco Giants, and Braves. The lefty slugger finished third in the Rookie of the Year voting in 1994 and was named an All-Star in 2001 with the Padres. Klesko made history with the Braves in 1995 when he became the first player in history to hit a home run in three consecutive World Series games. Over his career, he hit .279 with 278 home runs and 1,564 total hits. His .525 career slugging percentage with Atlanta still ranks fifth all-time in Braves history.

General admission tickets for the “Legends in the South” Alumni Game start at just $12, and can be purchased online at www.rileyparkevents.com, at the Riley Park box office, or by contacting the RiverDogs front office at 843-577-DOGS (3647). Batting practice will be open to all ticket holders starting at 4 pm with the Legends available to sign autographs pregame.

Along with tickets to the game on Friday, fans will have the chance to rub shoulders with some of the all-time greats the night before as the RiverDogs take on the Asheville Tourists at 7:05 pm at The Joe on June 8th. The Braves and Yankees legends will mix-and-mingle with fans in the Riley Park Club during the game with all-inclusive tickets to the brand-new luxury gameday venue that includes complimentary food, beer, and wine for $120 each.

Follow us
Related Topics:legends in the south baseball game
Up Next