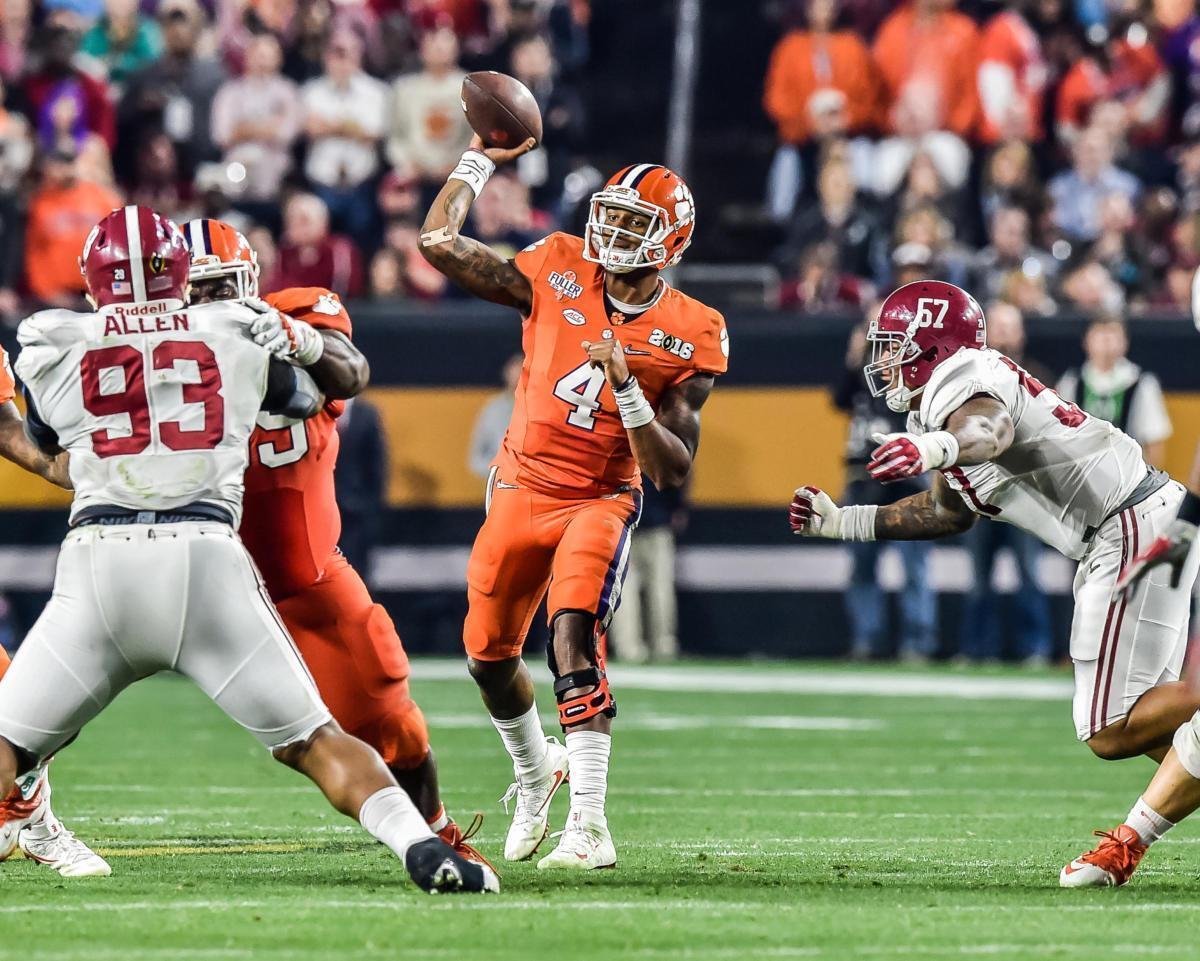 Provided by SCFHOF via Clemson Athletics

During the 5th Annual South Carolina Football Hall of Fame (SCFHOF) Enshrinement Ceremony, former Clemson star Deshaun Watson will receive the Inaugural Blanchard-Rogers Award (formerly the Collegiate Player of the Year award). The ceremony will be held on Thursday, April 20th in Greenville.

The newly renamed award is formed by two Heisman Trophy winners with ties to the Palmetto State – Felix “Doc” Blanchard and George Rogers.

Doc Blanchard was the first football player with South Carolina ties to win the Heisman Trophy. He was born in McColl, SC, and went on to win the award in 1945 while playing for Army.

George Rogers, who was born in Georgia, won the Heisman in 1980 while playing for the University of South Carolina.

The Blanchard-Rogers Award is given to the best collegiate football player with South Carolina ties. The Collegiate Player of the Year award was first given to Tajh Boyd in 2013; Vic Beasley in 2014, and Deshaun Watson, who will be the award’s first two-time winner.

Watson, who has played at Clemson since 2014, recently led the Tigers to a 14-1 record and victories in the ACC Championship, the Fiesta Bowl, and the National Championship game.  He completed 67% of his passes with 4,593 yards, 41 passing touchdowns, 629 yards rushing, and 9 rushing touchdowns. He finished second in Heisman Trophy voting and won the Davey O’Brien Award for the best college quarterback in the country for the second consecutive year. Watson finished his college degree in three years and graduated in December.  He is eligible for the 2017 NFL Draft in late April, and is projected to be a high first round draft pick.

Individual seats and group tables to the Enshrinement Ceremony, as well as foursomes to the golf tournament, can be purchased at www.scfootballhof.org/shop

Follow us
Related Topics:Deshaun WatsonSouth Carolina Football Hall of Fame
Up Next