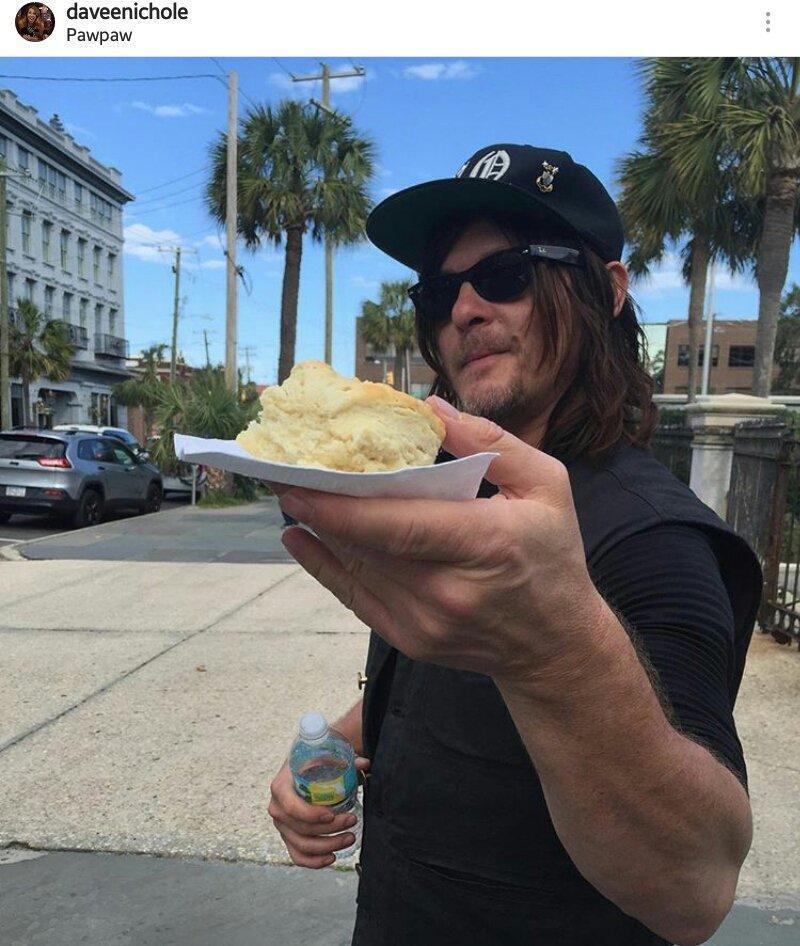 The Holy City celebrity sightings just keep coming, but this time Callie’s Hot Little Biscuit was not involved. Both last night and today, actor and comedian Dave Chappelle was spotted in Charleston with actor Norman Reedus.

On Friday, the two were seen dining at O-Ku on King Street and outside The Dewberry, the boutique hotel on Meeting Street.

The next day, the pair was spotted inside Carmella’s Cafe and Dessert Bar on Market Street. It appears they were filming a segment for AMC’s Ride with Norman Reedus, a show where The Walking Dead actor and a guest travel across a different destination on a motorcycle.

According to photos and social media posts (see below), Reedus was given a biscuit from Pawpaw, took a photo with fans, and then hopped on a motorcycle next to Chappelle.

Chappelle is one of the most popular and successful comedians of our time. Besides his numerous standup specials, he is known for creating, writing, and starring in Chappelle’s Show on Comedy Central. He has also appeared in movies like Half Baked, Robin Hood: Men in Tights, The Nutty Professor, Con Air, and more.
–
–

@wwwbigbaldhead and Dave Chappelle hanging out in Charleston SC. For some reason they wouldn’t let us eat with them. pic.twitter.com/YYMxuooiQV

493 King with The Good Hair