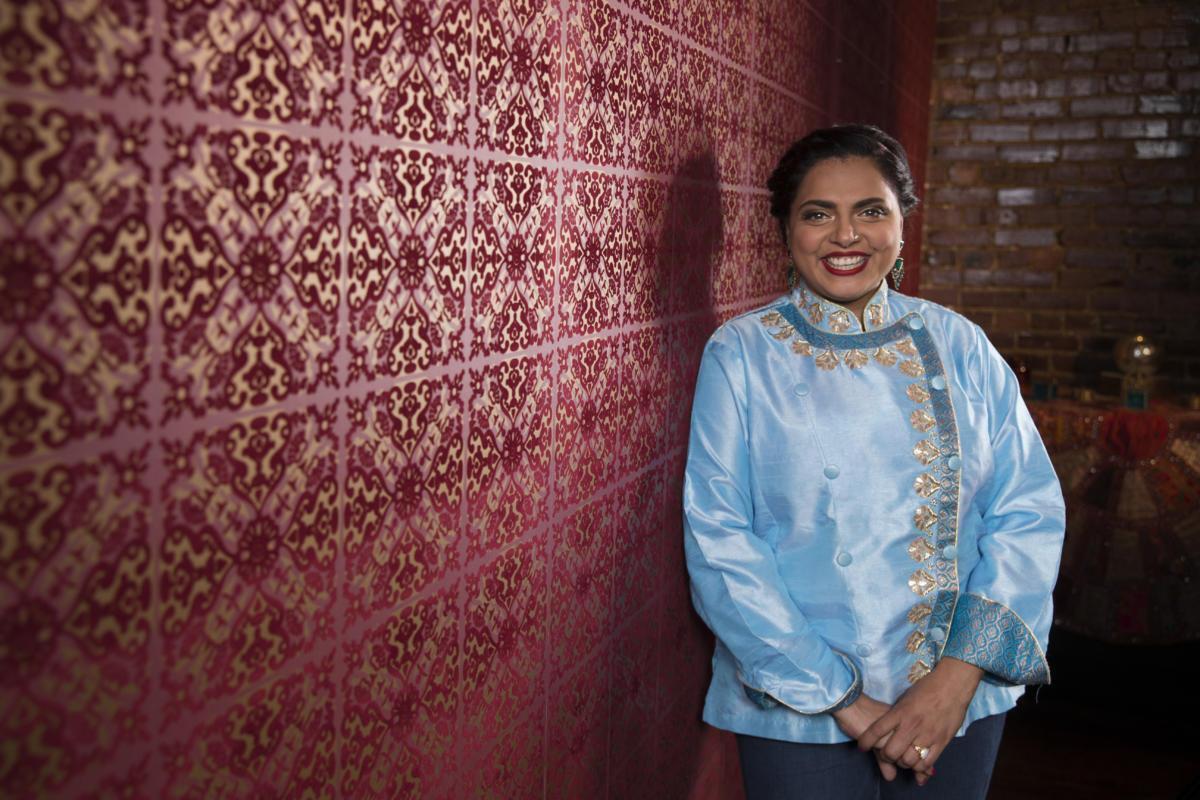 On Saturday, March 4th – right at the the tail end of Charleston Wine + Food weekend – Butcher & Bee will host a collaborative event between Chef Chelsey Conrad and Nashville chef Maneet Chauhan. The pair will create a menu featuring Indian-inspired favorites and special dishes.

Interested parties can make a reservation online or over the phone at 843-619-0202. You can also walk-in any time during regular dinner service (between 5 pm and 10 pm). Dinner will be served a la carte with the usual drink menus, plus a few surprises.

Chef Chauhan is the executive chef and co-owner of Chauhan Ale & Masala House and co-owner of Mantra Artisan Ales in Nashville. She is a recipient of the 2012 James Beard Foundation Broadcast Media Award for her role as a judge on Food Network’s Chopped. She has also written her own cookbook, Flavors of My World.

A native of India, Chef Chauhan has been lauded by print and broadcast media in the United States and abroad. She has been featured in publications such as Bon Appétit, Food & Wine, The Local Palate, Wine Enthusiast, USA Today, Wall Street Journal, New York Times, New York Post, Times of India, The Telegraph and more. Her television appearances include “The View” (ABC), “CBS This Morning’s The Dish” (CBS), “Designing Spaces” (Lifetime), “Iron Chef” and “Next Iron Chef” (Food Network).

Chubby Fish Coming to the Peninsula