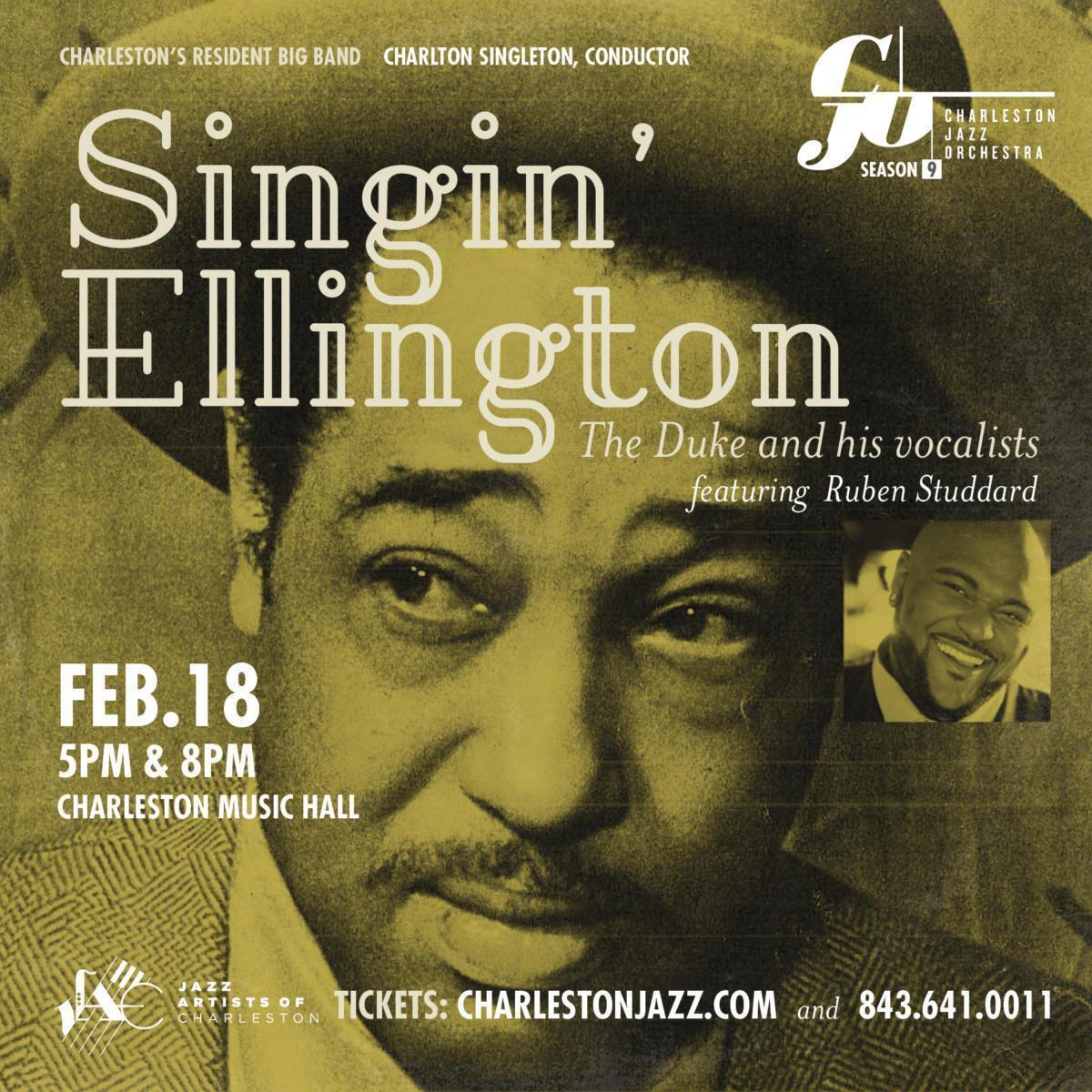 The Charleston Jazz Orchestra (CJO) will kick off its ninth season with a concert featuring guest vocalist Ruben Studdard. The American Idol Season 2 winner joins the CJO for two performances of “Singin’ Ellington: The Duke and His Vocalists” on Saturday, February 18th at the Charleston Music Hall.

Studdard has released six studio albums, including his platinum-selling debut Soulful, and the top-selling gospel follow-up, I Need an Angel.

He will join CJO music director Charlton Singleton as they recreate the famous collaboration between Duke Ellington and Frank Sinatra.

Ellington is best remembered for the over 3,000 songs he composed during his lifetime including “It Don’t Mean a Thing if It Ain’t Got That Swing,” “Sophisticated Lady,” “Mood Indigo,” “Solitude,” and “Satin Doll.” The CJO and Studdard will celebrate Ellington’s career and some of the famous vocalists who sang with his band.

Tickets are priced at $45 to $60 for adults, $38 to $55 for seniors and $10 for students. Performances will take place at 5 pm and 8 pm. For more information and to purchase tickets visit: http:// jazzartistsofcharleston.org/ boxoffice/
–