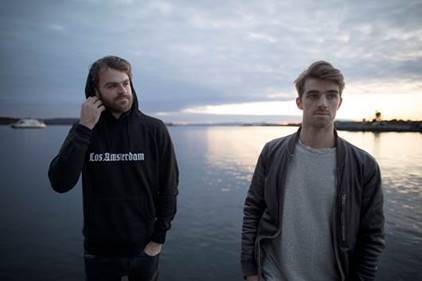 Grammy-nominated DJ duo The Chainsmokers will bring their “Memories: Do Not Open”tour to the North Charleston Coliseum on Saturday, April 15th at 8 pm. Multi-platinum artist KIIARA will also perform. K?D and Emily Warren open the show.

Every ticket purchased online includes a copy of The Chainsmokers’ forthcoming debut album. The tour and album announcements come hot on the heels of the release of their brand new single “Paris.” The song immediately shot to the #1 spot on the  iTunes’ Top Songs chart. The group is also known for the smash hits “Closer” and “Don’t Let Me Down.”

They are up for three Grammy Awards this year in the Best New Artist, Best Pop Duo/Group Performance (“Closer” Featuring Halsey), and Best Dance Recording (“Don’t Let Me Down” Featuring Daya) categories. The Grammy Awards will air on Sunday, February 12th at 8 pm on CBS.

Tickets for the North Charleston show go on sale Friday, February 3rd at 10 am. Click here for more info.