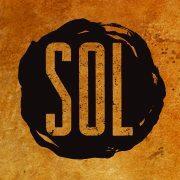 SOL Southwest Kitchen & Tequila Bar has announced they will open their third Charleston area restaurant this spring. The new location will be in downtown Charleston at 385 Meeting Street.

SOL first opened its doors in Mount Pleasant in the Fall of 2013 and opened its second location in Summerville during the Fall of 2015. The downtown restaurant will feature the same menu options as the other two locations.